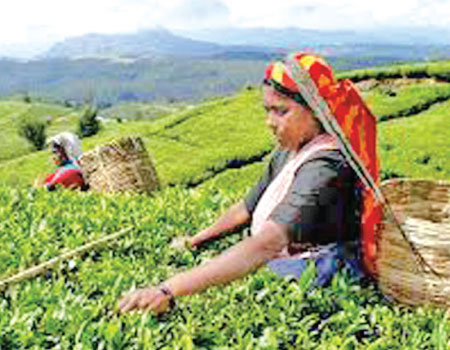 This is the lowest since 248 Mnkg was exported during the period January – November 1999. Last year the country exported 265 Mnkg, whilst the highest recorded for this eleven month period was 300 Mnkg achieved back in 2006 according to Siyaka Research.

In November a quantity of 21.3 Mnkg was shipped compared with 23.3 Mnkg in October and 25.6 Mnkg in September.

The best Sri Lanka has done in December has been 30.9 Mnkg in 2012 but over the past three years based on lower tea production exports have been in the region of 23.9 to 25.4 Mnkg. If a quantity of 24 Mngk is recorded for December the total for the year 2018 will be around 281 Mnkg, compared with 288 shipped during the two previous years and a highest ever 327 Mnkg achieved in 2014.

Despite the continual depreciation of Sri Lanka rupee against US Dollar, rupee earnings from exports for the eleven months ending November 2018 have declined to Rs. 210.6 bln from Rs. 213.8 bln the year before. This converts to an approximate USD $ 1.3 bln down 8% on last year’s figure of $ 1.4 bln. Based on a higher unit value and quantity in 2017, Sri Lanka went on to earn $ 1.52 bln.

High Grown November production of 4.8 Mnkg hampered by bad weather and work stoppages is recorded as the lowest for the month over the last two decades.