Tea exporters hit by a slew of problems 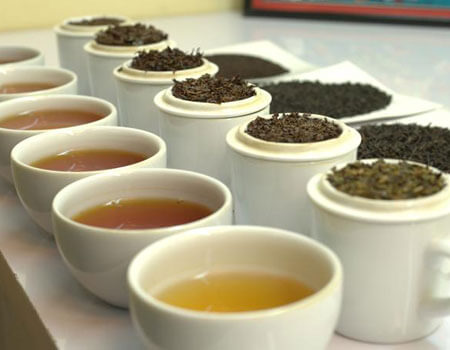 Tea exporters are in a quandary with the high levies on tea exports, falling tea prices in the global market and aggravating issues in major export destinations that have adversely affected exports in value and volume, according to the Tea Exporters Association (TEA).

TEA has been lobbying for the reduction, if not the removal of the export cess and Tea Promotion Levy for the past several years but all efforts have fallen on deaf ears, according to the Association.

President Sanjaya Herath said for the past three years TEA has been requesting the Ministry of Finance, Plantation Industries and the Sri Lanka Tea Board (SLTB) to remove or reduce the cess on tea exports and the Tea Promotion Levy but to no avail.

He said the Plantation Ministry promised to lift the tea promotion levy in August 2017 but it was not implemented. The SLTB Chairman too promised to slash the levy by half on January 1, this year and do away with it completely by December 31. However, none of the pledged have been fulfilled. The current cess per kilogram of bulk tea is Rs. 10, tea packages Rs. 4 and Tea Promotional Levy of Rs. 3.50 per kg for all tea.

“The increase of the Economic Service Charge (ESC) from 0.25 to 0.50 percent has affected tea exporters. The ESC is levied on turn over and payable in advance. Sometimes the ESC is more than the profit and exporters are unable to recover it from tax payment.

Although it was approved to reduce the ESC to the previous level of 0.25 percent by July 1 this year according to the last budget it has not been implemented yet,” Herath said.

The Ministry of Plantations and the SLTB sources said all requests of the exporters are being looked into and a favourable mechanism will be proposed to address the issues faced by exporters.

Exporters also said that they do not get handouts from the government and that they have to mange with their own funds. Banks provide loans at high interest rates against confirmed orders. The sanctions and other issues in Iran, Russia, Syria, Libya, Iraq, Ukraine, Turkey have made things tough for exporters as payments come after four to five months.

TEA proposed a scheme to use US4 250 million with the CPC to the credit of Iran to support tea exports. Iran has agreed to the mechanism which the Plantation Ministry has to get the Cabinet approval to implement it.

“The Japanese, German, Taiwan and many other buyers are cautious when purchasing from Sri Lanka due to high chemical residue levels in tea. We have been discussing this issue with the SLTB, Tea Research Institute and tea producers for the past two to three years but yet MRLs are high in certain teas,” Herath said.

He said the issue of the quality of tea, adulteration, non compliance with global standards by producers have also been discussed with the authorities. However, so far it has not been successful. The danger is that competitors such as India and Kenya are making inroads into our traditional markets due to this problem. Exporters cautioned that international markets will continue to affect tea exports as sanctions and civil wars in the Middle East aggravate.

However, they also believe that exporters could fetch better prices if the quality of tea is improved but this has not been possible due to the delay by plantations to commence replanting of high yielding teas.

Industry experts believe the sustainability of Ceylon Tea depends on how efficiently and effectively it can adapt to match the changing global consumer preferences and consumption patterns. The tea industry needs to be competitive in production, marketing, logistics and product form. It must face the market realities and redefine its business strategies and reposition the product lines to achieve this task.

The global tea market is highly fragmented with several players occupying the market share. At present, about 35 countries produce and export tea allowing the international buyers a wide range of selection of products.

According to available data, in 2017 the world tea production reached 5.69 million MT registering a growth of 124 million kg over 2016 but the world tea exports recorded a decline of 9 million kg.

The growth in world tea production continued in 2018 as well and registered at 5.89 million MT, an increase of 134 million kg over 2017, but exports increased only by 63 million kg. As a result, the year 2019 commenced with a surplus of about 200 million kg in the world tea market making a huge challenge to the tea producing countries to adapt to the global tea market situation.