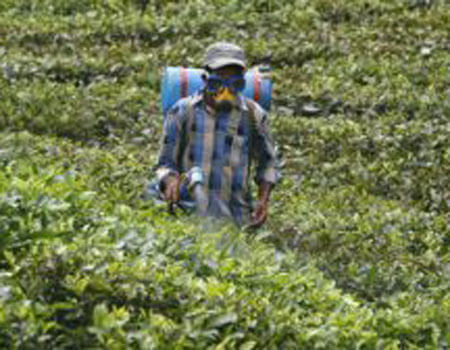 By Madhusha Thavapalakumar Additional testing which has been necessitated following concerns from the Taiwan and Japan markets have significantly increased tea exporters’ costs, The Sunday Morning Business learns.

The issues raised by these two countries over Ceylon tea’s maximum residue level (MRL) have compelled tea exporters to carry out tests on exports to all countries to prevent any negative publicity which could damage the Ceylon tea brand, according to the Tea Exporters’ Association of Sri Lanka (TEA).

Exporters now compulsorily take samples of each and every lot of their tea exports and check MRLs, which are reported to cost $ 200-300 per metric tonne. Furthermore, each test takes over two weeks, eating into the profits of the tea industry and putting Ceylon tea at a competitive disadvantage on the international market.

TEA immediate Past Chairman Jayantha Karunaratne, who is also the Chairman of the Colombo Tea Traders’ Association, told The Sunday Morning Business that the tests are time-consuming as the samples are tested in foreign laboratories at present.

Soon after this issue, exporters were required to test their exports to Japan, which now has been expanded to Taiwan and European countries following Taiwan’s concerns. The expansion was made a month ago, according to Karunaratne.

Karunaratne noted that even though European countries are fine with a MRL between one and two, exporters check those containers too.

Speaking on a further note, Karunaratne stated that the tea exporters for the past two years have been continuously requesting the Tea Research Institute (TRI) to address these concerns about MRL that are raised by importers.

“We’ve made two main requests. One is to negotiate with importing countries and settle a fixed MRL level. The other one is to bring in strict regulations and control chemical usage in plantations,” he noted.However, he added that the TRI is trying their best to address these issues but less staffing and inadequate technology are holding them down. All our attempts to reach the TRI and the Ministry of Plantation Industries failed.

The Sunday Morning Business spoke to the regulator of the tea industry, the Sri Lanka Tea Board (SLTB), where Chairman Lucille Wijewardena also noted that each and every tea export shipment was being tested at the moment.

He added that our current MRL in tea production is usually within the European levels of one-two and bringing them under the Taiwan level is difficult for growers.

“We have been checking every shipment now for a month. It is very difficult. The growers and companies cannot sustain this. They can’t give a guarantee. We can only test and reject the shipments. There is nothing much that we can do,” Wijewardena noted.

However, he added that no changes have been made in the quantity of Sri Lanka’s tea exports to Taiwan following this issue.

According to him, even though Taiwan is a very small market for Ceylon Tea and this issue would not cost any significant losses financially, the reputational damage could have a knock-on effect internationally.

Wijewardena even believes that at some point, in another five to 10 years, other tea-importing countries of Sri Lanka might also follow this trend of Japan and Taiwan and bring in stricter regulations on MRLs.