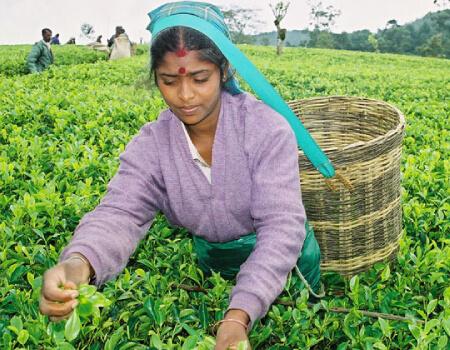 The Tea Export sector that annually brings revenue of about USD 1.3 billion is concerned about the proposed corporate income tax of 30% by the government on the export sector as it could seriously hinder the industry efforts for revival. The sector is currently going through a challenging period due to a number of internal and external issues and this increase of corporate income tax by more than 100% from this month could further aggravate the plight of tea exporters.

Some of the internal issues tea exporters are grappling with are;

The external issues faced include, Russian- Ukraine conflict, sharp depreciation of Turkish Lira together with financial sanctions on Iran and some other leading tea importing countries in Middle East. Although India has introduced “Indian Rupee Trading” mechanism to overcome certain financial sanctions and increase her tea exports to Iran and Russia, Sri Lanka has no such mechanism to overcome these obstacles. Despite all these challenges the tea exporters have earned USD 819 million dollars during the first eight months of the year and are hopeful that it could bring about USD 1.2 billion by the end of the year.

This move by the government to more than double the corporate income  tax rate will impact all-important net foreign exchange earning  of Tea industry  mainly in three ways,

When more funds should be made available at the disposal of exporters for dealing with internal and external challenges it is rather surprising that government has decided the other way around without giving much consideration to the plight of tea exporters. The proposed increase in corporate income tax up to 30% will have multiple implications on the sector especially on investment in machinery for developing and modernizing the tea processing factories for improvement in efficiency  and  optimizing cost of operation, enhancing value addition of tea,  marketing of Ceylon Tea brands abroad etc as the available funds from  profits for such activities / investments would  be severely curtailed  with the revision of corporate income tax from 14% to 30%. It may also affect generating employment opportunities for the youth due to low investment in the industry.

It will further affect the competitiveness of Ceylon Tea as some of our competitors like Kenya has lower income tax rate of 16% on export trade. The new Kenyan government is looking at providing Ksh 800 million (USD 6 million) for developing orthodox tea manufacturing factories to compete with Ceylon orthodox teas. Contrary to this, all investments for modernization or development of tea factories in Sri Lanka are borne by the private sector. The Indian government offers INR 10 per kilogram for manufacture of orthodox tea, once again to compete with Ceylon orthodox tea. When the Sri Lankan government is not providing such incentives or investments the best they can do is to lower the corporate income tax on export sector to help investment and marketability of Ceylon Tea by the private sector.

The tea exporters appreciate the government decision to exempt the export sector from payment of 2.5 % Social Security Levy on the export turn over. However in reality the exporters are being charged with the social security levy by the input suppliers to the tea industry such as packing material, tea bag filter paper, tag & thread, tea flavor etc. Since each supplier will add the levy at different stages the ultimate increase to the final cost of the tea product can be more than 2.5%, another concerning factor for the tea exporters. Since the social security levy is not claimable like the VAT payment, the entire increase at different stages of supply chain is borne by the exporter, thus further depleting our competitiveness in the world market.

According to tea industry experts the increase in corporate income tax could affect the overall efficiency in the tea industry and the burden may sooner or later could felt through the entire supply chain including the tea smallholder growers. Some tea export companies may even move to other countries like Jebel Ali Free Zone in Dubai due to high taxes, purely to protect their market shares which have been gained through several years of hard work.  Hence the Tea Exporters Association ( TEA ) earnestly request the government to maintain the concessionary corporate  income tax rate of 14 % for the tea  export sector for its long term sustainability, which will ultimately bring in much higher growth dividends for the economy.