Tea export volumes down by 9% in July 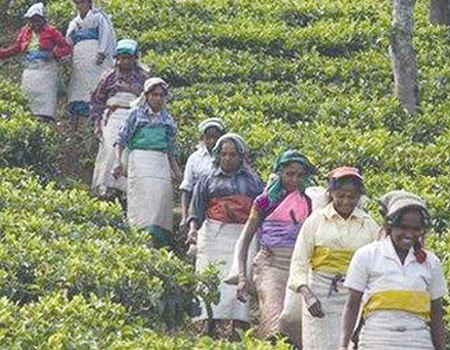 Sri Lanka’s tea export volumes in July declined by 8.9 percent year-on-year (YoY) to 25.54 million kilos, driven by the restricted shipping logistics combined with the possible disruptions caused by the latest COVID-19 wave, according to Forbes and Walker Tea Brokers.

All main tea export categories, including bulk tea, packeted tea, tea bags and green tea, recorded a decline in July, except for instant tea, compared to the corresponding period of 2020.

In the seven-month period up to July this year, Sri Lana’s cumulative tea export volumes were up by 6.83 percent or 10.39 million kilos YoY to 162.52 million kilos, with all main categories of tea exports recording an increase over the corresponding period in 2020.

In the seven-month period, Iraq returned to the top market for Ceylon Tea, while Turkey was moved down to the second spot followed by Russia.

The tea exports to the UAE grew by a record 179 percent YoY growth in the period and consequently, it moved six spots to become the fourth largest importer of Ceylon Tea in the period.

In addition, China retained its spot as the fifth largest Ceylon Tea importer in the period, by importing 8.42 million kilos of tea, recording a 33 percent YoY increase. Azerbaijan, Libya and Syria were among other notable importers in the period.

However, Saudi Arabia and Chile recorded a notable decrease in Ceylon Tea imports during the period under review, in addition to Iran.