Tea drinkers have more efficient and well-organized brains, according to science 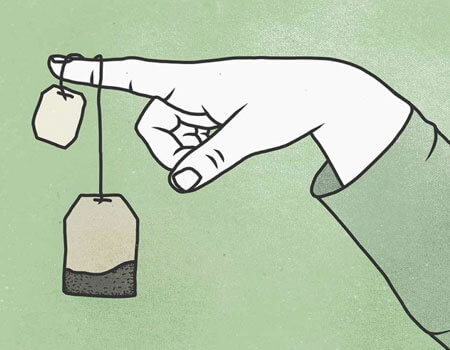 Coffee drinkers, step aside and allow tea enthusiasts to bask in the limelight for a moment. According to science, tea has a number of cognitive benefits, including increased brain efficiency, organization, and cognizance.

In particular, a study published in June 2019 in the Journal Aging provided the first compelling evidence that regular tea drinkers experience positive contributions to their brain structure and network organization efficiency.

This study was unique in that it targeted the effects of tea itself instead of turning to other constituents of the drink, such as tea extracts, as a number of other studies have done.

The researchers, who were from China, Singapore, and the UK, recruited healthy older participants (aged around 70 years old, on average) and divided them into two groups — tea drinkers and non-tea drinkers.

They used brain imaging to investigate structural and functional networks in the brains of the participants. This was in order to explore the potential protective effect of tea-drinking against age-related brain organizational decline.

The brain imaging results showed that tea drinking produced more efficient structural organization in the participants’ brains, which is associated with an improvement in learning and memory.

In addition, functional connectivity strength within the default network of the brain was greater in the group of habitual tea drinkers. This network is linked to efficiency within goal-oriented external tasks, such as completing a to-do list or training for a half-marathon.

Moreover, the researchers reviewed additional studies on the topic of Alzheimer’s prevention, and discovered that there is strong evidence that herbal tea specifically has a protective role on the brain. Chamomile, peppermint, and ginger lovers: your herbs have got your back.

On the other hand, drinking any variety of teas (including herbal, and also black, oolong, and green) is proven to enhance brain efficiency alone, according to the scientists’ cross-examination. In summation: Whatever you choose to sip will benefit you in some form.

This distinctive study complements a body of research revealing that tea indeed does great things for an individual’s health and cognition. Additional research supports tea’s antioxidants being linked to a decrease of risk in certain cancers, including those affecting the breast, lung, skin and prostate.

Furthermore, brewing a hot cup of tea is beneficial to your heart as it reduces inflammation in the arteries, keeping your blood flowing smoothly.

And if cognitive enhancement, cancer-risk minimization, and heart protection isn’t enough to persuade you to the beverage, perhaps the evidence stating that tea will likely help you get some shut-eye will be the thing that lures you to the kettle.

So stock-up on your favorite tea bags and get brewing. And while you’re on your tea kick, perhaps try getting creative by using your coffee grounds in new ways.

Or just drink both tea and coffee because you’re a grown adult who does what they please.