Tea Board Chairman Confident Iran Issue Will be Solved Soon 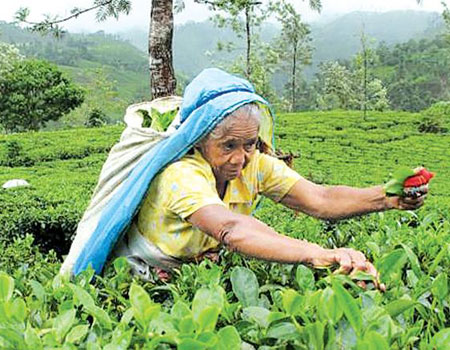 Negotiations on transactions with Iran are in progress between the Central Bank and the Finance Ministry, a top official of the Sri Lanka Tea Board (SLTB) told the Sunday Observer.

Sri Lanka’s tea exports to Iran declined by around 19 percent to 27.4 million kgs last year. The US reimposing sanctions is expected to put a damper further on exports to a key market for Sri Lankan tea.

SLTB Chairman Lucille Wijewardena said discussions on payments with Iran have been continuing and we are confident the issue will be solved soon to go ahead with exports to Iran, a major market for Ceylon Tea.

“It is up to the policy makers to decide the mode of transaction between the two countries and come up with a solution,” the SLTB chief said.

The spillover effect of the embargo on Iran has been felt in Iraq as well which has been a large market for Ceylon Tea since this year.

Exporters said the sector would run into a major crisis if the plight in the Middle East, Russia and Turkey stemming from the US sanctions on these markets is not handled carefully and diplomatically.

Overall exports in particular tea is currently in a precarious state owing to the ongoing trade battle between two key markets the US and China, the US sanctions on Iran and its dispute with Turkey having spillover effects on other major markets have resulted in a drastic drop in both export value and volume in the recent months.

Exporters say there has been a sharp decline in exports income right throughout the year due to the turmoil in the Middle East, a key market for Sri Lanka’s exports and the weakening of the Russian Ruble since the US sanctions came into effect early last year.

Sri Lanka’s total exports to the US are valued round US$ 2.4 billion and to Iran in volume around 27. 4 million kgs a year. The Middle East and Russia account for approximately 70% of Sri Lanka annual tea export volume.

The reimposition of US sanctions on Iran from August this year has badly affected the Iranian Riyal. During the last two to three weeks the Iranian currency dropped from Riyal 42,000 to Riyal 110,000 per dollar.

According to exporters what makes matters worse is the trade embargo restricting Iran dealing in US dollars with the rest of the world.

“The US sanctions restricting Iran dealing in USD makes the situation more complicated. As a result Iranian buyers find it difficult to transfer the payment due to local suppliers,” Karunaratne said.

The diminishing purchasing power of consumers has restricted imports from sanction hit countries. It is also reported that buying power of the Iranian consumer has reduced with the sharp depreciation of the currency. The situation in Iran has spilled over to neighboring Iraq as well as many Iraqi business people have invested their funds in Iranian banks. The sharp depreciation of the Iran Riyal has made their investments less value now. The development in Middle East has affected the re-export business in UAE as well.

The recent dispute between USA and Turkey led to the depreciation of the Turkish Lira by 38% in the past two weeks.

The new sanctions imposed by USA on certain Russian institutes also created some uncertainty and the value of the Ruble came down by about 14% during the last three weeks. The currency depreciation, political instability and reducing buying power have contributed to lower demand for Ceylon Tea at the Colombo tea auction.

According to the TEA chief prices of low grown leafy teas and tippy teas came down by a considerable margin at the last two auctions. “After almost two years, the average Colombo tea auction prices have gone below Rs. 600.00 per kg and the average price recorded last week was Rs. 525/ per kg . Many exporters have to collect their payments from Iran and unless an alternate payment method is not found Sri Lankan tea exporters may not be able to continue to serve the Iranian market that would adversely impact on tea auction prices,” Karunaratne said. According to TEA Sri Lanka achieved its highest tea production of 340 million kg in 2014 but since then the crop yield has declined due to inadequate replanting, adverse weather conditions, shortage of workers, ban on glyphosate and non- availability of accepted weedicide. The restriction in tea production limits the expansion of tea export volume. The excessive use of MCPA as an alternate weedicide resulted in having high MRL in most high grown and mid grown teas that prompted Japan to introduce strict regulations to monitor import of tea from Sri Lanka. The exporters are now required to get the samples of tea shipments for Japan tested in advance and get the clearance before shipment. This has resulted in incurring additional expenses for the exporters. Although the government has officially lifted the ban on glyphosate for use in tea and rubber sectors, the plantation companies are yet to receive the glyphosate weedicide. It is important to have glyphosate without further delay to address the MRL issue experienced with Ceylon tea shipments to Japan.

“It is necessary to find solutions to the prevailing payment problems with Iran and also resolve the other issues in respect of falling tea crops and MRL issue as the country cannot afford to lose her market share to the competitors as it will be difficult to regain it,” the TEA president said. National Chamber of Exporters President Ramal Jasinghe said Sri Lanka’s annual tea exports to Iran has dropped by around 10 percent over the year from its revenue of around US$ 380 million per annum. Garments account for around 70 percent of the country’s total exports to the US. Trade with Iran is slowing down following the sanctions.

‘We will need to monitor the situation as we still do not see any ramifications to the European market. However, the issue will have to be handled with much thought diplomatically as it seems to be turning out into a major global trade crisis,” Jasinghe said.

Despite the delay to launch the National Export Strategy exporters hailed the move as vital to face tough times in global trade. However exporters said there has to be keen interest by both the public sector, the enabler and the private sector, the implementer to make use of the strategy to boost exports.

Sri Lanka’s export income for the first time surpassed import expenditure in May this year. “There has been a 10 percent month on month growth in export income this year and if the momentum could be maintained we could reach the US 417. 5 billion export income target by 2020,” Jasinghe said.

The US President’s war against China got a fresh boost last week bringing in a 25 percent tax on a second wave of goods worth $ 16 billion. The latest move ratchets up the battle which began in July. However, China has been following a tit for tat retaliatory stance against the US with taxes on the same value of US products.