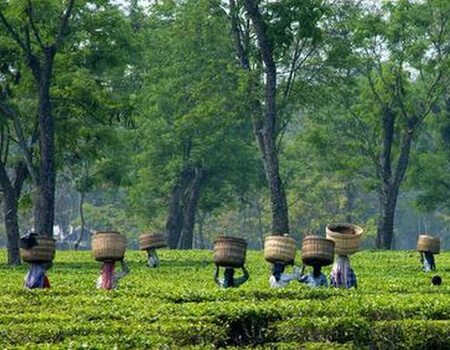 Report left out the share of the price paid to a producer providing employment to the workers as well as the non-cash component of their wages, it says.

The Indian Tea Association (ITA) has countered an Oxfam report on plantation labour rights violation, saying it left out the share of the price paid to a producer providing employment to the workers as well as the non-cash component of their wages.

Oxfam, a confederation of 20 NGOs focussing on the alleviation of global poverty, a week ago published a report on “Addressing the human cost of Assam Tea – an agenda for change to respect, protect and fulfil human rights on Assam tea plantations”.

The study by Oxfam India and Tata Institute of Social Sciences, based on interviews with 510 plantation labourers in 50 tea estates across Assam, said that the workers earned ₹137-167 despite working for over 13 hours a day.

The study also said supermarkets and tea brands in India “typically capture over two-thirds of the price paid by consumers for Assam tea in India – with just 7.2% remaining for workers on tea estates”.

In a letter to Oxfam India CEO Amitabh Behar on Wednesday, ITA secretary general Arijit Raha said Oxfam’s study came to conclusions on issues based on findings in some tea gardens that did not reflect the true picture of the industry.

“The study has drawn reference through an illustration on how much of the price consumers pay for tea is received by the worker. The analysis, regrettably, has left out the share of the price being paid to the producer organisations providing employment to the workers,” Mr. Raha said.

The Oxfam report, the ITA added, ought to have addressed critical concerns of the tea producers such as institutionalising the norm for sustainable sourcing for teas above the cost of production.

Mr. Raha said the ITA gardens adhered to the recommendations of the International Labour Organisation and that of the Ministry of Labour’s Inter-Ministerial Committee (2003) for bearing 50% of the social and infrastructural cost under the Plantation Labour Act.

The ITA pointed out several errors in the study. “Your researcher has erred in mentioning (that the management provides) 5kg (of food grains to the workers) per family. It is actually 5 kg per person per family per month,” the letter said, adding that this was in addition to what the government provided under the National Food Security Act.

The ITA said Oxfam exaggerated the working hours of plantation workers by saying they slogged for 13 hours or more. None in plucking worked more than seven hours a day, it said.

The tea body also countered the Oxfam report on the health and education fronts. Most tea garden managements have hospitals offering free medicines and ambulance services to workers within an estate while tea garden primary schools cover 83% of the children.

“Generalising based on such facts harms the reputation of the industry and its workers and also tarnishes the image of Indian tea, which has a pride of place in the world,” Mr. Raha said.