Drinking several cups of tea or coffee a day appears to protect against heart disease, a 13-year-long study from the Netherlands has found. 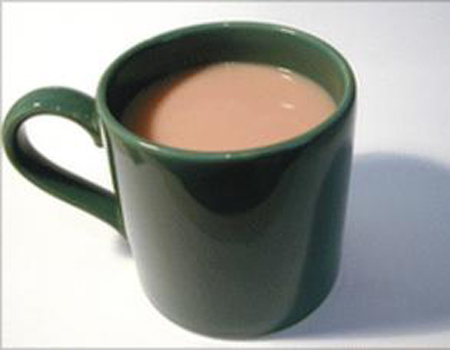 It adds to a growing body of evidence suggesting health benefits from the most popular hot drinks.

Those who drank more than six cups of tea a day cut their risk of heart disease by a third, the study of 40,000 people found.

Consuming between two to four coffees a day was also linked to a reduced risk.

While the protective effect ceased with more than four cups of coffee a day, even those who drank this much were no more likely to die of any cause, including stroke and cancer, than those who abstained.

The Dutch tend to drink coffee with a small amount of milk and black tea without. There have been conflicting reports as to whether milk substantially affects the polyphenols - believed to be the most beneficial substance in tea.

Coffee has properties which could in theory simultaneously increase and reduce risk - potentially raising cholesterol while battling the inflammatory damage associated with heart disease.

'Having a cigarette with your coffee could completely cancel any benefits" Ellen Mason, British Heart Foundation

But the study in the Journal of the American Heart Association finds those who drank between two and four cups a day lowered the risk of the disease by 20%.

"It's basically a good news story for those who like tea and coffee. These drinks appear to offer benefits for the heart without raising the risk of dying from anything else," said Professor Yvonne van der Schouw, the lead researcher.

Ellen Mason, Senior Cardiac Nurse at the British Heart Foundation, said: "This study adds further weight to the evidence that drinking tea and coffee in moderation is not harmful for most people, and may even lower your risk of developing, or dying, from heart disease.

"However, it's worth remembering that leading a healthy overall lifestyle is the thing that really matters when it comes to keeping your heart in top condition.

"Having a cigarette with your coffee could completely cancel any benefits, while drinking lots of tea in front of the TV for hours on end without exercising is unlikely to offer your heart much protection at all."