Strong result from Dilmah in 2019/20 despite exchange rate hit 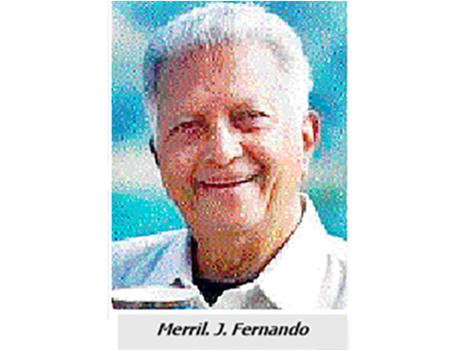 Commenting that the outlook for the global economy appeared bleak, he said how long the corona virus will last God alone knows, adding “we can only pray for it to disappear soon and bring hope and comfort back to our homes and our lives.”

Dilmah, with the consent of its shareholders, has increased its contribution to the MJF Charitable Foundation from 10% to 15% of pre-tax profits to be spent towards addressing inequality and wider social and environmental concerns as a part of its core business. This will enable a significant increase in the foundation’s humanitarian operations.

Fernando, in his chairman’s review in the company’s recently published annual report, had drawn attention to the extraordinary rewards enjoyed by investors in what was then Ceylon Tea Services over the years. An investment of Rs. 10,000 in a thousand shares at the company’s initial public offering in 1982 had yielded Rs. 8.6 million in dividends and the original1,000 shares had increased to 20,000 via several bonus issues.

He has noted that the cost of an original ten-rupee share in the hands of the investor has as a result come down to fifty cents and the original 10,000-rupee investment is now valued at Rs. 531,000 at the current market price of the Dilmah share.

“Such is the power of Ceylon Tea in the hands of committed investors in the industry,” he has said.

It is not only investors who have benefited from Fernando’s conviction that “business is a form of human service.” He has said youth from the plantation community assisted by the MJF Foundation’s scholarship program have produced among others doctors, magistrates and chefs.

He says that the tea industry which is being written off by many, offers enormous potential to investors who believe in it. Government authorities responsible for tea can turn it around if they have a realistic vision for the industry, Fernando said welcoming recent interest and initiatives by government in finding solutions to longstanding issues in plantations and exports. Such efforts wold deliver benefit to the country’s economy and Ceylon Tea.

“If the tea industry is strategically managed in the hands of capable people with proven expertise, export earnings could well reach USD 5 billion within the next five years. Bulk tea exports should be discouraged and value added exports should be generously incentivised for the social end economic benefits they bring,” he said.

“Part of the additional income from value added export must be used to advertise and promote quality brands. This is likely to encourage bulk tea exporters to change course.”