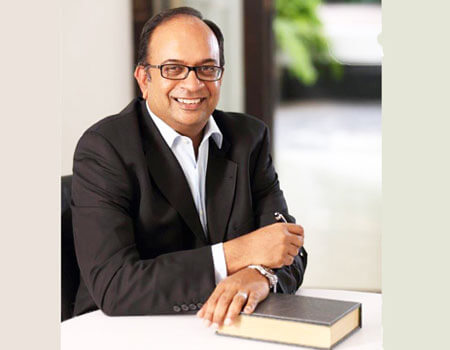 Diversified Sri Lankan conglomerate Sunshine Holdings (CSE: SUN) reported top-line performance growth of 7.3% YoY to stand at Rs.16.7 billion for the first nine months of the current financial year (9MFY19). The top line increase was mainly due to strong performances in the consumer and healthcare sectors and despite a contraction within the agribusiness sector. The company also reported a 31.9% growth in earnings per share (EPS)

Profit after tax (PAT) for the period in review declined to Rs. 1.3 billion and profit margins have also reduced to 7.8% compared to last year’s (9MFY18) 10.5%, mainly due to lower profitability in the agribusiness sector. The group’s healthcare business emerged as the largest contributor to Sunshine’s top-line performance, accounting for 40% of total revenue, while agribusiness and consumer goods sectors of the group contributed 31% and 26% respectively of the total revenue.

Profit after Tax and Minority Interest (PATMI) increased by 36.9% YoY to Rs. 700 million with the agribusiness sector, represented by Watawala Plantation PLC (CSE: WATA) and Hatton Plantations PLC (CSE: HPL), making the largest contribution to PATMI, accounting for 46% of the total. Net Asset Value per share increased to Rs. 53.54 as at end 9MFY19, compared to Rs. 48.81 at end of 9MFY18.

“Our strong top-line performance reflects the dedication of our employees to delivering the best products and unmatched service and convenience to our customers, amidst tough business conditions,” said Vish Govindasamy, Group Managing Director of Sunshine Holdings PLC. “Both Consumer Goods and Healthcare sectors have been able to continue their momentum from last year, reporting impressive revenue growth during this period.

“Moving forward, we will continue to consolidate our operations with a view to further strengthening overall profitability while also exploring opportunities to expand growth within our current business segments. Our continuous focus on improving quality and internal efficiency through well-placed strategies will yield strong results for the group in the coming few months,” stated Govindasamy further.

As the largest contributor to Group revenue, Sunshine Healthcare grew its revenue by 12.8% YoY to Rs. 6.8 billion. Though the second round of drug price control—which came in to effect in September 2018—had a negative impact, the revenue growth was propelled due to higher sales volume and footfall growth in retail. The pharma sub-segment, which represents 65% of healthcare revenue, was also up by 8.5% YoY. Reported PAT for healthcare amounted to Rs.218 million in 9MFY18, up 8.5% YoY.

Sunshine’s Consumer brands – spearheaded by premium brands like ‘Zesta’ and ‘Watawala Tea’ – recorded impressive growth in revenue, with stronger domestic business growth enabling a 13.9% YoY growth to Rs. 4.4 billion on the back of both volume and price increases. Due to lower input costs, PAT from the Consumer segment grew by 90.4% YoY, to stand at Rs.391m for 9MFY19, resulting in higher gross profit margin.

The Group’s agribusiness sector, led by Watawala Plantations PLC (WATA) and Hatton Plantations PLC (HPL), saw a revenue decline of 3.5% YoY to Rs. 5.1 billion due to unfavourable weather conditions which impacted the tea plantations managed by Hatton Plantations (HPL). Tea volumes were contracted by 4% YoY, resulting in a revenue drop of 19.5% YoY. However, palm oil sub-sector reported an increase in revenue of 12.1% YoY due to the increase in net sale average (NSA) and a marginal increase in crop. Due to lower yields, PAT for Agri sector 9MFY19 amounted to Rs. 734 million, contracting 29.4% YoY.

Vish Govindasamy noted that the Group will focus on stabilizing the volumes as far as their healthcare business is concerned, despite the depreciation of the Sri Lankan Rupee against the US Dollar continues to impact the margins of the entire healthcare industry. He also said that greater attention will be given to further strengthen Healthgurad’s online presence among Sri Lankans in order to attract more customers towards their specialty range of beauty and wellness products.

Similarly, the Group’s consumer business would continue investments into its brands to scale the domestic business while the continuing success of its Palm Oil segment was also expected to continue to yield higher returns, brought about by superior agronomic practices.

The wage collective agreement was entered between the Regional Plantation companies (RPC’s) and the trade unions on 28th January 2019 increasing the daily basic wage to Rs.700, the Price Share Supplement (PSS) to Rs.50 and thereby the total daily wage to Rs.855.

The dairy sub-sector has reached a total of 1,016 milking cows. The total number of animals has also grown to 1,257. However, Govindasamy noted that the interim cost of feeding the whole herd would have a slightly negative impact on Agri profitability. In the Renewable Energy segment, construction of their third hydropower plant was concluded in the fourth quarter and the first roof-top solar unit had been commissioned at Sunshine Tea Kelaniya premises.

About Sunshine Holdings: Sunshine Holdings PLC is a diversified holding company contributing to ‘nation building’ by creating value in vital sectors of the Sri Lankan economy – including healthcare, agribusiness, fast-moving consumer goods and renewable energy. Many of its business units are leaders in their respective sectors, have secured partnerships with top global brands and have won prestigious awards at the national as well as the regional level. The leading brands of the group include Zesta, Healthguard, Watawala Tea, Pedia Plus and Diabeta Plus. The Estate Management Services Limited (EMS), the agri-business arm of Sunshine Holdings PLC, manages Watawala Plantations, Sri Lanka’s largest palm oil producer and Hatton Plantations, one of the largest tea producers in Sri Lanka. The company’s healthcare marketing unit is the second largest in its sector nationally. Its tea sector also consists of Sri Lanka’s best-selling tea brand locally. The group, which provides employment to approximately 10,000, generates over US$ 125 million in revenue.