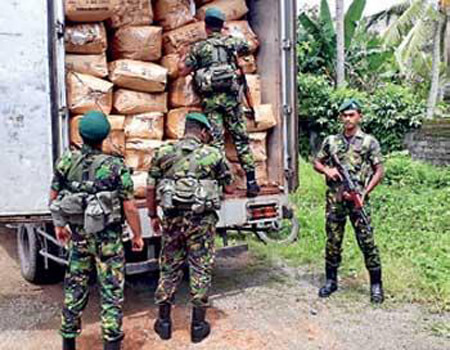 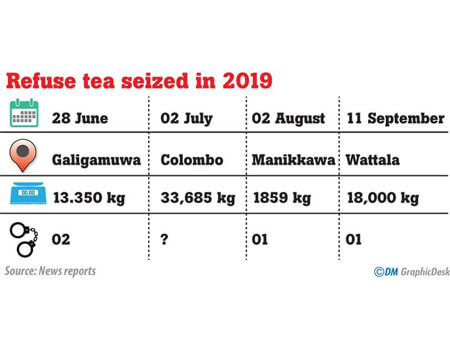 A large consignment of over 14,000 kg of refuse tea was seized by the STF during a raid at Kandegoda in Ambalangoda yesterday.

It was revealed that the warehouse workers were from the Ambalangoda, Wellampitiya, Modara and Kiribathgoda areas who were engaged to operate the refuse tea racket secretly.

The STF said according to the initial investigation, a refuse tea container had been left at the warehouse on Tuesday night. They said investigations are underway to arrest the kingpin who was involved in the racket.

Further investigations are being conducted by the Sri Lanka Tea Board and the Ambalangoda Police.