Sri Lanka’s tea industry: between past and future 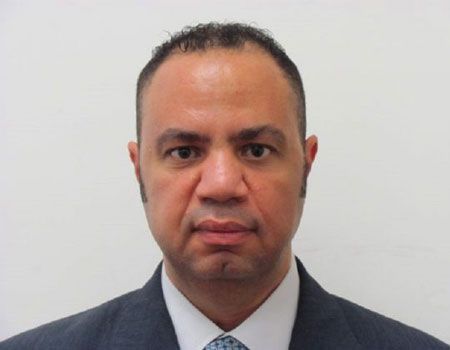 I remember in my childhood, Egyptians were competing to acquire and enjoy drinking Sri Lankan tea, and even offer it to high-status guests, as it was considered the most luxurious and flavoured type of tea. The trade mark on the tea package “Ceylon Tea” was the guarantee of the very special signature taste and aroma. At the present time, when my family and friends found out about my current position, they ask me if I could bring them some Sri Lankan splendid tea that they still remember but cannot get anymore in the Egyptian market!

The story of Ceylon tea begins over two hundred years ago, when the country was still a British colony and when further experimental planting of tea had begun in 1839 with tea plants brought from Assam and Calcutta in India through the East India Company. As Ceylon tea gained in popularity throughout the world, a need arose to mediate and monitor the sales of tea. The Colombo Tea Auction which is considered the oldest and largest tea auction centre in the world, was founded at that time. This year and for the first time ever, this auction was held online, allowing new bidders who had not been able to participate in the past to join in. It was one of the objectives of the Ministry of Plantation which was finally attained this exceptional year due to the lockdown caused by COVID-19 crisis.

In 1925 the Tea Research Institute was established to conduct research into maximising yields and methods of production and in 1955 the first clonal tea fields began cultivation. Reputed for its great quality, Sri Lanka was ranked as the fourth largest tea producer in the world and the world’s largest tea exporter in year 2013. Annual export volume was around 320,000 tons and export earnings were recorded as US$ 1.5 billion. In the early 1970s, the government of Sri Lanka established the Tea Small Holding Development Authority (TSHDA) to overlook the government acquired estates growing tea towards more productive and profitable industry.

For over a century, the tea industry has been the main provider of employment in rural Sri Lanka, the main source of foreign exchange and the foundation of government revenue. Nevertheless, recent statistics suggest that the contribution of the tea industry to the Sri Lankan economy is gradually decreasing. The Sri Lankan tea industry faces several challenges; among these challenges, the area devoted to tea cultivation is stagnant or even has decreased, productivity has become lower than international standards due to the predominance of old tea trees, the replanting rate is very slow to compensate for the loss of production, production costs are high and there is a manifest shortage of workers willing to work in the industry. Sri Lanka’s share in world tea exports and production has therefore declined considerably.

In 2017, the International Fund for Agricultural Development (IFAD) started with the Sri Lankan Government to revive the tea industry through the flagship project so-called Smallholders Tea and Rubber Revitalization (STaRR). The project aims to introduce significantly faster and cost-effective tea replanting techniques on 4,500 hectares. STaRR institutionally brings all the key-players to instrument modernized tea replantation using the strong field presence of TSHDA supported by the project field animators to mobilize small tea producers in tea production societies, and apply modern replantation techniques verified by the TRI. This includes land measurement and certification by the Global Positioning System (GPS) to speed up the release of subsidies to smallholder producers and direct tea replanting by measuring soil quality parameters to verify direct replanting which reduces soil rehabilitation or treatment time when Carbon Trioxide Napier Grass is used to provide the necessary nutrition to the soil. Together, these techniques have helped reduce the replanting period of tea tree from over 30 months to less than 24 months. To compensate small tea producers during replanting when their income is entirely diminished, and in addition to the subsidy provided, STaRR has created income-generating activities linked to the activities of tea growers such as intercropping with cash crops like cinnamon, black paper, arricanut, vanilla, passionfruit, sour-sap, etc., in addition to tea nurseries and rental of tea harvesters. About 4000 youth are benefiting from the two latter activities.

With the COVID-19 pandemic, STaRR has responded to the government’s need to achieve food security through overcoming the loss of food imports by supporting the cultivation of home gardens by means of the provision of good seeds and know-how in cultivation practices . About 9,000 women’s households benefit from this support program.

STaRR is a true star of the tea industry in Sri Lanka, introducing a set of tested and validated improvements which, if replicated, would bring Sri Lanka back among the leading countries producing and exporting the highest flavoured tea quality to the whole world.