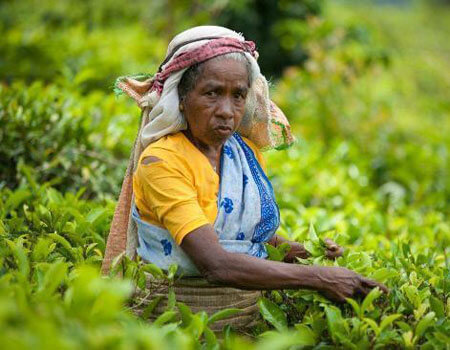 Just five years earlier the quantity was less than half at 5.3Mn Kg. There has been steady quantity growth year on year but in 2019 85% of tea shipped was in bulk form.

China imported a total of 35mnkg in 2018 and Sri Lanka had a 29% share with shipments of 10MnKg, the tea broker said.

Overall, it said that major producer exporter countries Sri Lanka, Kenya and India were all in trouble in 2019, with tea growers desperately seeking Government assistance to survive another year.

Based on available information, research suggests that in Kenya, India and Sri Lanka tea producers both farmers and companies were making losses due to low prices. This situation has in fact been building up from end 2017 and has its roots in the El Nino drought in 2016.

The tea broker notes with deep concern new predictions of an El Nino in 2020.

Volatile local and regional political issues and lower crude oil prices have impacted demand in Sri Lanka in particular, as the country relies on North Africa and the Middle East for 52% of its exports. Meanwhile global trade in tea has largely been stagnant over the past 5 years.

In the Black Tea segment African producers led by Kenya recorded significant production gains of 13%, to reach 733 Mnkg in 2018 compared with 653 Mnkg in 2017. India recorded a more modest increase to reach 1,338 bln kg from 1.321 the year before and Sri Lanka showed little change at 304 Mnkg.