Sri Lanka nosedives into an abyss of despair 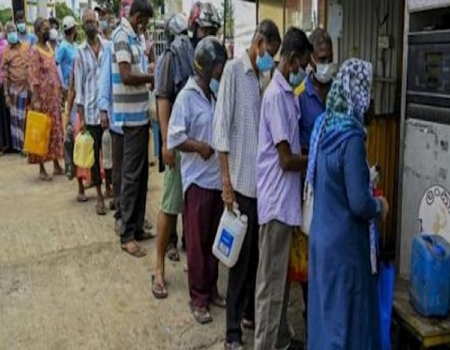 Sri Lanka was, – for a short while, measured in months – the world’s first and only all-organic farming nation. This came about when the country’s former military strongman virtually in disguise as the nation’s de facto Defence Minister, now President, Gotabaya Rajapaksa announced an immediate overnight ban on the importation of all pesticides and chemical fertilizers. He proclaimed that all farming will be organically farmed.

That specific Presidential proclamation will mark the definitive end of South East Asia’s most powerful political dynasty, the Rajapaksas from Medamulana, Sri Lanka. The family has produced a Deputy Speaker, several Members of Parliament all elected – save one who was initially an appointed Member later elected directly – a Speaker of Parliament, a Prime Minister who served two terms, one President who served two terms and yet another President currently serving his first term. Since 2005 the family have ruled Sri Lanka for approximately 13 years and counting. At one point it was estimated that Members of the Rajapaksa dynasty controlled around 70% of Sri Lanka’s budget spend. By no means a force not to be reckoned with.

The fatal decision on the overnight move to becoming an all organic farming nation proved so disastrous that the Rajapaksa are all out of office retaining their parliamentary roles only, with the exception of the President Gotabaya Rajapaksa.

Sri Lanka is headed towards a major security challenge as soon as three months away according to no less a person than the new Prime Minister, Ranil Wickremesinghe. He went further: predicting that the possibility of Sri Lankans consuming two meals a day was a real possibility – warning of dire conditions imminently.

The problem is that the new Premier appears short on immediate planning to balance out the present ‘dollar crisis’. His immediate strategy requires no out-of-the-box thinking and appears limited to relying on the goodwill of nations sympathetic to Sri Lanka’s economic plight.

Manufacturers warn that the toughest of times are yet to come but are definitely on the way, pointing to the several letters of credit yet to be opened by various banks including state banking institutions needed for the import of raw materials.

Sri Lanka needs approximately USD 500 million each and every month to finance consumption requirements and appears unable to present a coherent plan to sustain previous debt. Government debt is estimated at USD 32,200 million whilst private sector debt is approximated at USD 18,000 million.

A lack of visionary thinking has resulted in Sri Lanka under-utilising its assets. Thousands of hotel rooms of various classes stand idle with owners and operators left to nothing more than watch their ruination before their very own eyes. A beach resort area near the international airport in Colombo, says an owner of an independent hotel, that the Negombo Beach area is a fraction of the activity it is famous for. His loans are on hold thanks to a moratorium but banks are making

noises in terms of repayments, mindful of the impact of non-performing advances on their own balance sheets.

A senior banker appeared worried, saying, ‘there is an almighty effort to keep the banking system from collapsing’. Trillions of rupees have been lost by poorly managed state owned enterprises including the national airline. Fancy projects from the past have become part of the under-utilised state owned asset list producing only costs with little or no earnings.

None of these appears to haunt the majority population in rural areas – not just yet. The problem though has started to break out in the farming community who knew but realisation was never so bitter: the effects of the use of organic fertiliser has seen severely depleted harvests threatening to also affect the country’s prized export: Ceylon Tea.

The latest moves by the government to increase remittances to the national exchequer with the redrawing of income limits for personal and corporate taxation has affected the urban middle classes.

In spite of these significant problems the government of the day appears to be focusing on the so-called political crisis and have launched plans to make the 21st Amendment to the Constitution the matter of immediate concern. An industrialist told me, ‘the real crisis is the dollar crisis, the political crisis is a crisis of political Power plays’ and the people’s frustration will only lead to much more frustration leading to more and more of the population taking to the streets to draw attention to their plight.

Large sections of the media have overtly pandered to the government of the day in what appears a misguided reading of the peoples’ distress. Those institutions too were roundly criticised by the thousands of peaceful protestors who have been at it for over 60 straight days and nights braving torrential rains and scorching heat.

The bottom line is clear: Sri Lanka – that which voted for a security centric President – has been let down badly by the very family that appeared to enjoy majoritarian support. The fact is that even the majority Sinhala people are going through a period of utter hopelessness engineered by a President they voted for in what is now the mistaken belief that security will prevail. Sadly and ironically it is not the type of security alluded to by the Rajapaksa dynasty but rather food security that will see Sri Lanka nosedive into an abyss of despair and helplessness with no seemingly easy way out. One can only expect the worst but then how much further down this abyss is possible? Only time and the people of Sri Lanka will be able to tell.

(Faraz Shauketaly is the host of Newsline Live TV1 – farazcolombo@gmail.com)