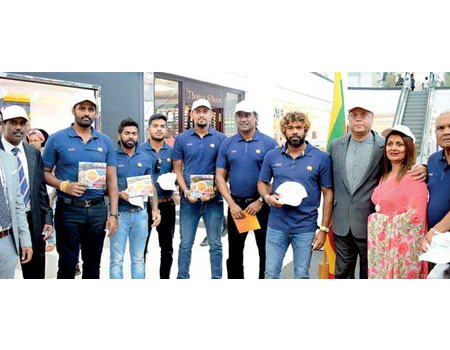 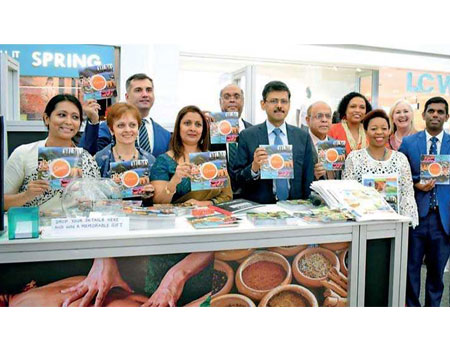 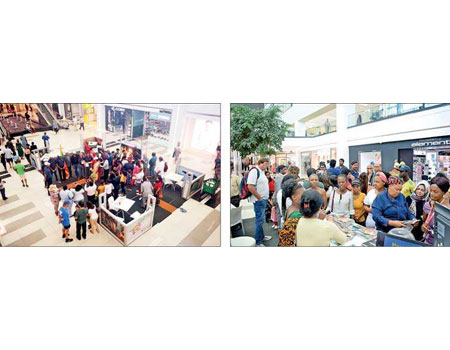 The Exhibition was launched on 20 March, and Bangladesh High Commissioner Shabbir Ahmad Chowdhury, Pakistan High Commissioner Sohail Khan, Georgian Ambassador Beka Dvali, and Sri Lankan High Commissioner. Kumar Mallimaratchi participated as the Chief Guest and Guests of Honour at the Launch. General Manager and Centre Management Officials of Menlyn Shopping Mall also were among the invited guests at the opening.

At the invitation by Kumar Mallimaratchi, on 21 March, Sri Lanka Cricket ODI and T20 Captain Lasith Malinga with Suranga Lakmal, Thisara Perera, Niroshan Dickwella, Angelo Perera, along with Manager Jerry Woutersz, Selector on Tour Brendon Kuruppu, Bowling Coach Rumesh Ratnayake and ex-Sri Lankan player and commentator Russell Arnold visited the exhibition as the Guests of Honour. Arrival of the cricketers attracted a great number of visitors to the venue, and they had the opportunity to interact with cricketers and other VIPs.

With the objective of making awareness and promoting Sri Lanka as a tourist and travel destination among South Africans, the Exhibition created visual impact of the beauty of the country, and “So Sri Lanka” themes on several aspects of culture and tourism that Sri Lanka had to offer to the world. Aviary Court, which is centrally located in the mall made it convenient for the passers-by to take a moment of their time to witness the attractions, and hopefully allowing the visitors to think about Sri Lanka as their next holiday destination. The Publicity for the event was also given by Diplomatic Society Managing Director Kirtan Bhana, and Val Boje, Editor of Pretoria News, the most circulated newspaper in Gauteng Province. The visitors were also given the opportunity to participate in a draw and win memorable gifts such as a cap signed by Sri Lankan cricketers and Ceylon tea gifts, etc. The information counter at the venue provided clarifications, and disseminated information and tourism brochures to the visitors. The event was coordinated by Sri Lanka Tourism Promotion Bureau First Secretary (Commercial) Kapila J. Kumara, with the assistance of Marketing Director Madubhani Perera, and Junior Manager Inoka Gayathri.