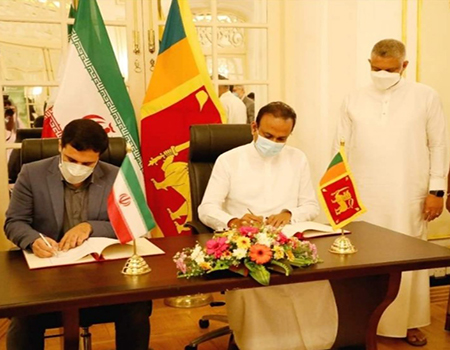 ECONOMYNEXT – Sri Lanka had inked a deal to set off export of tea to Iran against a legacy oil credit owed by state-run Ceylon Petroleum Corporation to the National Iranian Oil Company, without busting US sanctions, the island’s Ministry of Plantations Industries said.

Sri Lanka was unable to settle the credit after US sanctions barred dealings with Iranian banks.

Sri Lanka was unable to settle the credit after US sanctions barred dealings with Iranian banks.

Each month Sri Lanka’s Treasury will release 5 million dollar equivalent in rupees to the Sri Lanka Tea Board, a state-run industry regulator and promotion office.

The Tea Board will then pay individual exporters in rupee at the central bank exchange rate.

“This scheme will not violate any UN or US sanctions since tea has been categorized as a food item under humanitarian grounds while none of the black listed Iranian Banks will be involved in the equation,” Sri Lanka’s Plantation Ministry said in a statement.

“Since the Iranian authorities have been repeatedly highlighting the importance of the early settlement of the debt, this scheme will enable the Ministry of Finance to make the settlement in local currency through trenches of USD 5 million equivalents.”

The deal will neither bring foreign exchange to the country and non will go out, the ministry said.

Sri Lanka is in the midst of a severe balance of payments crisis after record money printing to keep interest rates down.

Sri Lanka usually gets oil credits from friendly countries whenever the central bank prints money, and forces the state-run CPC to run an unhedged forex position. The oil loans then generate massive losses as the currency collapses.

The credit lines also worsens the ‘current account deficit’ which is then conveniently blamed for currency crises in a Mercantilist knee jerk reactions, analysts have said.

The MoU was signed by Ramesh Pathirana, Minister Plantation of Sri Lanka and Alireza Paymanpak, Deputy Minister of Industry, Mine and Trade of Islamic Republic of Iran in Colombo on Tuesday, the Plantation Ministry said in a statement.

Sri Lanka’s Plantation MInistry said Ceylon Tea export to Iran had dropped from a peak of 38.42 million kilograms in 2013.

“Due to US sanctions imposed on Iran in November 2012 and with the absence of an accepted payment mechanism through the banking system, Sri Lanka tea exporters found it difficult to receive the export proceeds from Iranian buyers,” the ministry said.

“As at present the payments are usually channeled through intermediary countries and on many occasions export proceeds are received in installments incurring inordinate delays.”

“The additional US sanctions on Iran are creating further impediments for Sri Lanka to export tea to that destination.”

Iran has been in discussion with Sri Lankan governments for a barter system – exchanging only goods and services without involving US dollars – to get over the problem of making payment to Iran banks.

The monthly payments from the Treasury will continue until the entire 251 million dollar debt is settled.

“The Sri Lanka Tea Board will establish a dedicated account to receive funds from the Ministry of Finance and disburse the same to tea exporters.”