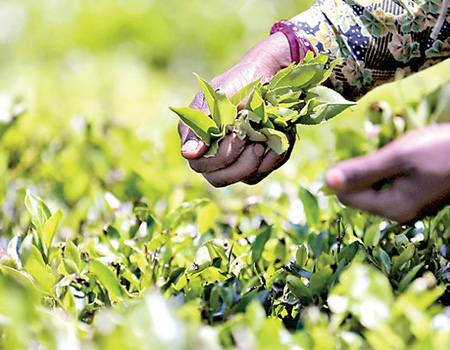 Sri Lanka’s Free On Board (FOB) prices for black tea are the highest in the world, Asia Siyaka Commodities PLC revealed yesterday.

“If weather conditions hold true and agricultural inputs are available as and when needed, the country could easily more than double 1H earnings and move towards the national target of $ 1.5 billion for the year,” Asia Siyaka said. In 2020 the country exported a low quantity of 266 million kilograms, earning $ 1.24 billion.

This sharp drop in export quantity resulted from a drought in the first quarter and reduced application of fertiliser in Q4 2019 and throughout 2020.

Asia Siyaka said earnings recorded in 2020 were made possible by the high prices paid for Ceylon Tea at the Colombo Tea Auctions, as well as the nation’s strong marketing sector adding value to exports under very difficult conditions in the midst of a local and global lockdown.

The FOB value of Indian tea exports in 2020 was $ 3.21. This was considered an attractive figure and resulted from a spike in tea prices at the Indian auctions as a result of a sharp loss in production, mostly from North India. In 2019, India’s FOB figure was $ 3.11, while in the three previous years it ranged from 2.91 to 2.96. Kenya FOB value per kilogram of tea exported in 2020 was $ 2.17 compared with 2.33 the year before. Kenya produced a record quantity of 569 million kilograms in 2020 and flooded the Mombasa auction with below average product that caused the market to collapse, and this trend could continue in 2021.

Customs data analysed by Siyaka Research confirms that Turkey was the prime destination for Ceylon tea exports in 2020. The country absorbed 38.8 million kilograms with an average FOB per kg of $ 4.29. Actual exports to Turkey do realise a much higher FOB value, but the country is a major transit point for shipments to other destinations.

Comparison of value-added exports by major Black Tea exporting countries of the world has Sri Lanka in the number one slot, with a massive 55% of all exports in value-added form. India follows at a very distant second, with exports of value-added tea totalling around 10% of all shipments. India has remained in this range of value addition over the past five years with 2016 an exception of 11%. The International Tea Committee statistics do not disclose Kenya’s comparative numbers, but other studies suggest that their value addition figures are well behind India.

“Sri Lanka has fought hard to build these markets over time, and it is critical that the country meets this well-earned demand by supplying the quantities required with the taste expected and trusted over time,” Asia Siyaka said.

“The world pays a premium for Ceylon Tea because of its unique mix of tastes and orthodox style and other attributes. It is critical therefore that we do not tinker with this winning formula. In fact, much effort is needed to protect what we have achieved, by replanting, protecting our micro-climate which brings out our unique taste from the agro ecological regions, and through further strengthening value addition and branding.”