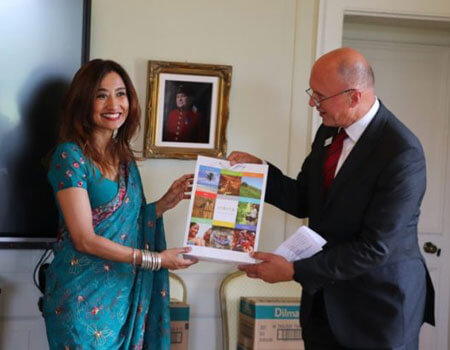 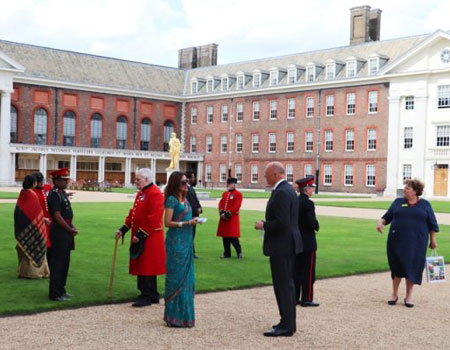 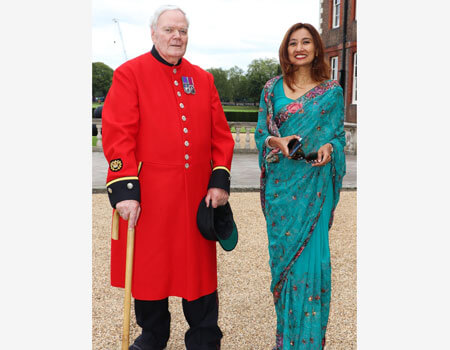 As a gesture of goodwill to appreciate the service rendered by the iconic veterans of the British Army, a donation of Ceylon tea was made by Sri Lanka to the Royal Hospital Chelsea on 26 August 2020.

The donation was received by the Chief Executive Officer of the Royal Hospital Chelsea, Gary Lashko, Professor Deborah Sturdy OBE, Major Philip Shannon and three Chelsea Pensioners. Tea drinking was a long-established tradition in the British Army, with reports that tea was liberally distributed among the men on the morning of the Battle of Waterloo in 1815. When the British Government bought all the tea on the market in 1942, they made the tradition official. The tea the British Government bought for the Army was strong black tea from Ceylon, Assam, and Africa.

The Royal Hospital Chelsea established in 1692 is a retirement home and nursing home for some 300 veterans of the British Army including those who have served in Korea, the Falkland Islands, Cyprus, Northern Ireland and World War II.

This donation is emblematic of Sri Lanka’s commitment to the longstanding bilateral relations with the UK.

The High Commissioner with the Army Veteran Denis Bate, who had worked on the Monarch Building Construction project in Sri Lanka