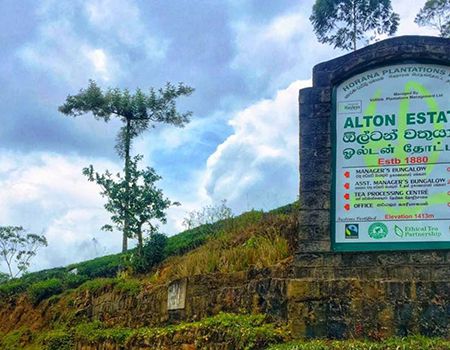 The Action Committee of Alton Estate Workers (ACAEW) passed a resolution last week appealing to workers and youth throughout Sri Lanka and internationally to support its fight against the estate management’s witch hunt.

On March 22, the Horana Plantation Company sacked 38 workers at its Alton Estate, near Upcot in central plantation district. The workers were falsely accused of assaulting the manager and assistant manager at the estate.

Twenty-four workers and two youth have also been arrested and charged over the same allegations and now face trial. The victims have all vehemently denied the accusations.

The case was listed for hearing before Hatton magistrate on April 28 but postponed until July 14. A lawyer appearing for the company told the court that more “suspects” had to be arrested but did not provide any details.

The resolution demands the unconditional reinstatement of all victimised workers, along with the release of, and dropping of charges against, all the estate workers.

Indicting the plantation unions, the resolution states, “This terrible witch hunt against our brothers and sisters is a joint conspiracy by the company, police and the Ceylon Workers Congress (CWC) led by Minister Jeevan Thondaman.”

The resolution rejects the bogus charges against the Alton workers and insists that this anti-democratic attack “can only be defeated through an independent political struggle by the workers in Sri Lanka and internationally and all those dedicated to defending democratic rights. Our action committee will fight to mobilise this support.”

The ACAEW calls on workers and youth to issue statements and take action, including pickets, demonstrations and strikes, to demand the dropping of all charges, an end to the frame-up trials and the reinstatement of all sacked Alton workers.

The resolution was passed unanimously after a lively discussion about how the company provoked the witch-hunt, the role played by the unions, and how to take the defence campaign forward.

One worker said, “Ten of us, including myself, were remanded for 21 days and then 38 were dismissed from our jobs by the company without any inquiry. All the unions have completely abandoned us and we also have to pay the cost of the court cases.”

Alton workers, he added, participated in the CWC’s one-day strike on February 5 for a 1,000-rupee daily wage for plantation workers, but continued their industrial action for almost two months in protest against ongoing management harassment. When the police arrested strikers, he said, the CWC did not provide any assistance but instead, helped the police to detain the workers.

The sacked workers, he continued, were facing severe economic problems and were not able to provide day-to-day meals for their families. “We have to educate our children, so we have to fight to win back our jobs. This committee is important and I support this resolution,” he said.

A female worker said: “The estate management is imposing severe punishment on us and the government is treating us like ‘terrorists.’

“I’m a CWC member and so I asked the union to assist us with the court case. Union officials, however, said that because they provided money to bail us out they can’t give any further support. The other plantations unions have also refused to help us.” Only the Socialist Equality Party, she said, “has continuously supported our struggle.”

Another worker added: “The World Socialist Web Site has published several articles on our struggle. No other media has given us this sort of support. It is only through the WSWS that our struggle has become known internationally. We have to get support from workers internationally to win our rights.”

The witch-hunt of the Alton Estate workers is part of an escalating assault on all plantation workers and a warning to every other section of the Sri Lankan working class of the attacks by government and big business on wages, living conditions and jobs.

While the plantation unions hailed the meagre increase as a “victory,” it is totally inadequate in the face of rising inflation and the cost of essential items.

Reluctant to provide a 1,000-rupee daily wage to its low-paid workers, the profit-hungry plantation companies are now imposing higher workloads, with the silent backing of the government and the active support of the unions.

Thousands of estate workers in recent days have taken industrial action in protest against management productivity demands. On April 23, workers from the Glenugie Estate, 36 kilometres from Upcot, walked out over management’s demand that they pluck 20 kilograms of tea leaves per day.

Over 300 workers from the Talawakelle Troup and Corrine estates protested for three hours that day when managers demanded workers pluck 20 kg of tea per day for six days and 50 kilos on Sundays. Workers at the Lionorn estate in Bogawantalawa also demonstrated outside the estate’s factory against increased daily work targets.

Makudugala Kilandawane estate workers, at Ragale in Nuwara-Eliya, demonstrated on April 23. They have been on strike for two months against management’s failure to maintain tea bushes on parts of the property. They fear the company is reducing tea cultivation and that they will lose their jobs.

Plantation workers first called for a 1,000-rupee daily basic wage six years ago in 2015 and conducted a series of strikes and protests to their win demand. These struggles were betrayed by the CWC and other plantation unions, including the National Union of Workers, Democratic Workers Congress and Up-country People’s Front.

Many workers have contacted the World Socialist Web Site to defend the victimised Alton Estate workers and denounce the brutal management and police attacks.

Nelson, a retired Sri Lanka Transport Board worker said: “The attacks on the estate workers must be stopped. The fight for their demands is a right that workers won in their past struggles. The attack in the Alton estate is a threat to every other worker. It’s important this struggle is taken out of the hands of the union. Building action committees as the independent organisations of workers is an important initiative.”

A 26-year-old non-academic worker from a Bandarawela school said: “Punagala Estate workers, like those at Alton, have come into struggle time and again for higher wages. Sometimes these workers only get three or four days work a week. On some days their wages are slashed in half if they’re unable to reach management’s tea plucking targets.

“All the unions, including the CWC, are barriers which prevent workers fighting against these attacks. Workers need new organisations to win their demands. We want to build an action committee, like the one at Alton estate, here.”

An IT worker from Chennai, the capital of Tamil Nadu state in India, said: “I understand that the management has created this situation and that it is a clear frame up to sack militant workers. That the Alton workers were sacked without any investigation is proof of this.”

He referred to Maruti-Suzuki’s brutal witch hunt and frame up of auto workers in Haryana after they formed a new union in 2012. A combined company, government and police conspiracy led to the jailing of 31 workers and 13 workers sentenced to life in prison.