Spilling the tea on private labelling and exporting tea 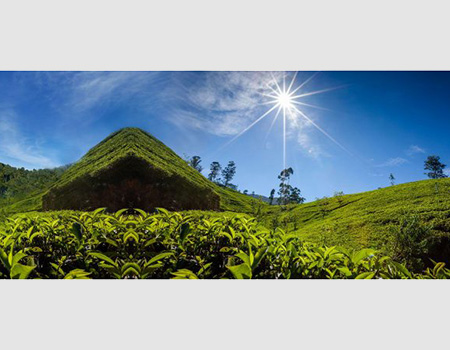 A recent American lawsuit brought up the question of whether corporations can advertise tea as having been made in the US if the tea itself is grown overseas. The lawsuit was brought against tea company R.C. Bigelow, who are the makers of the “Constant Comment” black tea and claimed that “the front of the packaging for Bigelow teas, such as Earl Grey, English Teatime, and ‘Constant Comment’ says that the product is ‘America’s Classic’. On the back, the packaging states ‘Manufactured in the USA – 100% – American Family Owned’”.

The plaintiffs alleged that according to California law, these statements are false and misleading because the tea is grown on tea plantations, and processed by tea processing plants located overseas, such as in Sri Lanka. The plaintiffs also alleged that some of the additional flavours and spices used by the company are also imported.

What is private labelling?

While the lawsuit, in particular, is a matter of California law, the matter of private labelling where privately owned brands from around the world would purchase tea that is grown overseas – in countries like India, China, or Sri Lanka – and, subsequent to a value addition, would market it as their own, is a lesser known fact.

Speaking to Imperial Tea Chairman and Managing Director, Colombo Tea Traders’ Association (CTTA) Vice Chairman, and former Tea Exporters’ Association (TEA) Chairman Jayantha Karunaratne, he shared that tea is generally sold via auction. “All exporters buy their tea from these auctions; some are exported in bulk, others purchase the unblended straight line product and make a value addition, packet it, and export,” he said, adding that the latter are private labels that purchase the unblended straight line tea and brand it under their name after their own brand of value addition, mixing it with herbs and whatnot and exporting it; “some of these are supermarket brands”, he said.

Karunaratne shared that branding and what you indicate on your label is then dependent on the respective consumer protection laws in the respective countries in which the product is being marketed and sold. “An example would be that in Sri Lanka you must disclaim the ingredients and it must be shown in two languages and most of the time, (it should) indicate the origin, producer, etc., because the consumer should be made aware of whom they can claim legal action against if a product is not up to standard,” he said. However, he mentioned that in some countries, they don’t require such a level of detailed disclaimers. “In some countries, it is all just imported tea”, and there is a country point of view that comes into play, he said.

He shared that typically, planters would auction their tea, and upon purchase, they would be selling off their proprietary rights to that product, thereby renouncing all claims to the product leaving the purchaser with the rights to do with it as they please. He shared that tea brands around the world depend on the palates of their consumers, and therefore nothing is purely Ceylon, or Chinese, or Indian. “Nothing is very rarely single origin, it is all blended,” he said. Everything contains a value addition and the manufacturer would indicate these value additions and sourcing as necessary and as is required by the specific laws governed by their respective jurisdictions.

He said, however, that there is definitely an obligation to disclose where you are sourcing your product from, the percentage of that sourced product you are using, and the percentages of the value additions, the additives you are making, etc. “It is simply unethical to misrepresent to your customers,” he said. However, he said that this is not wrong or unorthodox to claim that tea is your own when it has been purchased from a plantation far away, because that is how tea is sold – the ownership comes with the initial purchase, blending, all value additions, marketing and branding, etc.

He did, however, state that often, they do come across occasions where certain brands would look to claim that they are pure Ceylon tea when their blend does not contain the required percentage of Ceylon tea, as per their respective law to claim that it is in fact “pure Ceylon tea”. He said that the required percentage varies from country to country. Some may require the blend to contain 80% and others 50%. “It depends,” he said, adding that however, disclosing where you source your blend is often universally necessary.

Why does this matter?

Tea, being something that Sri Lankans take great pride in, and according to Rajadurai, Ceylon tea does carry a certain level of cachet, owing to its reputation as a product that is ethically produced, utilises sustainable practices, practices fair treatment of workers, etc., a brand could stand to benefit by claiming that they are, in fact, selling pure Ceylon tea.

Considering this pride, how does it factor in when we are selling our product to be marketed in a way in which it does not give full credit to where it is coming from? Dilmah Chief Executive Officer (CEO) Dilhan C. Fernando shared his thoughts, stating that this matter of Ceylon tea being paraded as something else has been something he and his family has been vocal about for years. “With private labelling, what you get is an external value afforded to the brand owner and not the manufacturer,” he said, adding that therefore, in the case of private labelling, it gives the brand owner the image of our product, but he did add that there is a lot to be said about expertise and value addition that would certainly get accrued in the final product.

He stated that there is an element of stripping away the identity of an original product in the case of private labelling. “There are occasions where manufacturers may use this as an opportunity, a stepping stone to enter the market.” However, he said that this may be at a cost. Fernando shared that there are numerous instances, for example, Russian brands that have gained their identity by marketing Ceylon tea and attaching themselves to those origins. “They would use the name and the reputation as infrastructure to build their brand and today, they no longer rely on it and have long since distanced themselves,” he said, despite having built their market trust and position from our tea. He said it is also unfair to the consumer who is now expecting “fine Ceylon tea” but is given cheaper alternatives. He said that it is most unfortunate and that the tragedy of private labelling has long since plagued the industry.

It is important to note, however, that Karunaratne, when expressing his views on private labelling, took a slightly different stance on the matter, stating that in reality, Sri Lanka only represents 5% of the tea exported globally. “We are not very big,” he said, adding that our production is at 300 million kg whereas the global production is at seven billion. Therefore, if you look at private labelling, he does not feel that it is hugely impacting our brand identity. It could be assumed, taking into consideration Karunaratne’s views, that private labelling is but a means to an end and that is simply how things continue to function.