Home>Publications & Articles>Articles>Media Articles>The soda market is popping with new contenders. Will they stay or fizzle out?

The soda market is popping with new contenders. Will they stay or fizzle out? 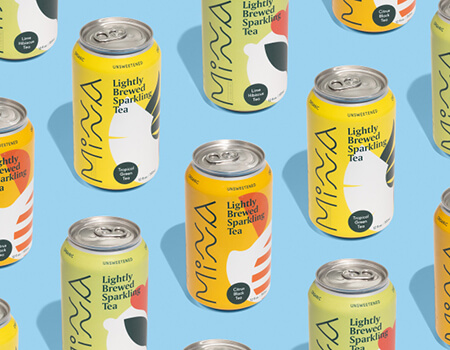 It was the summer of 2017 while living at Cape Cod when the idea came to Ryan Fortwendel. This was during an explosion of sparkling water companies like LaCroix and Spindrift, and Fortwendel was an avid consumer of both. But he often felt the flavor profiles were a little flat or artificial. Fortwendel usually frequented a café that served hot brewed tea, dumped over ice, and topped off with sparkling water. He referred to it as “lightly brewed sparkling tea,” and that’s when he had his “aha moment," which would eventually result in Minna sparkling tea.

Fortwendel isn’t the only one making the most of an idea that bubbled up over drinks. The market for newfangled sodas, flavored sparkling water, and similar chilled drinks is getting hotter by the month. Following a blueprint left by craft beer brewers (and even canned-wine brands that have emerged over the past five years), these beverage producers are trotting out highly stylized cans and bottles with an aesthetic almost certainly programmed to connect with consumers via social media. It’s not enough just to want to reach for a cold one; it has to fit into the customer’s entire Instagrammed lifestyle now too.

Sales for sparkling water brands were up by 23.4% year over year in May, while total soft drinks year-over-year dollar sales grew by 15.6%. Sales for zero-calorie sodas, especially, grew by 16.7% over the past year.

"At retail, assorted flavor soft drinks have posted an impressive 18.9% sales growth rate over the past year—followed by an increased affinity for ginger," according to a Nielsen report in January. "Soft drinks sit at the crux between health-conscious abstaining and premium mixing. The onus is on U.S. retailers, suppliers, and manufacturers to maximize a sizable revenue opportunity, both this month and throughout the year."