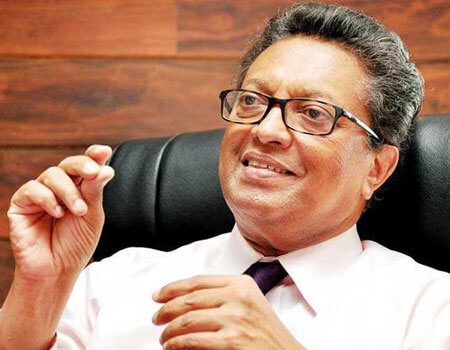 Chairman of the Sri Lanka Tea Board (SLTB) Lucille Wijewardena told Xinhua that the island country aims to change China into one of the leading export markets for Ceylon tea as it was a market with great potential.

“All this time China was not a major buyer of Ceylon Black Tea as it produces its own high-end green tea, and Sri Lanka imports green tea from China which we re-export to other countries. For us, fortunately, in China, the younger population has started drinking black tea with milk. So now over the next five years, Sri Lanka sees a lot of potential in China,” Wijewardena said.

Sri Lanka produces 300 million kilos of tea annually which is exported to global markets. Out of this, 11 million is exported into China amid a rise in demand for its popular black tea.

Currently, the leading markets for Ceylon Tea are Turkey, Iran, Iraq, Russia, and the Middle East and in recent years there has been a rise in exports of Ceylon high-end teas to the United States and Canada.

However, Lucille said the industry can perform better as Ceylon Tea is one of the best in the world and thereby the SLTB, along with the Plantation Ministry, had launched a mega promotion campaign in selected markets starting from last September.

“In China, we hope to launch this campaign coinciding with SIAL China. Here, we will do a generic campaign where we promote Ceylon Tea in general, not through a particular brand. It is like an awareness campaign where it has to get into the minds of the people that Ceylon Tea is a high-quality tea. This awareness campaign is not only for the present tea drinker, but it also aims at even children who are as young as 15 years old up to adults,” Lucille explained.

In China, the campaign will be held in all major cities including Shanghai and Beijing and will be held over a period of six months to a year.

“In China, it is the young Chinese consumer who has adapted a taste for Ceylon Black Tea as it is a stylish drink with milk. It is a better substitute for coffee,” Lucille said.

“We hope China will become one of our top five buyers within the next five years,” he added.

Sri Lanka’s lucrative tea industry mainly depends on an estimated 400,000 farmers who produce the tea on their land. Directly and indirectly, two million people out of the island country’s 22 million population depend on this industry which contributes toward the social and economic development of the country.

According to official figures, the tea industry earns 1.5 billion U.S. dollars of foreign exchange for the country per year.