Sips from Sri Lanka: The making of Ceylonese tea 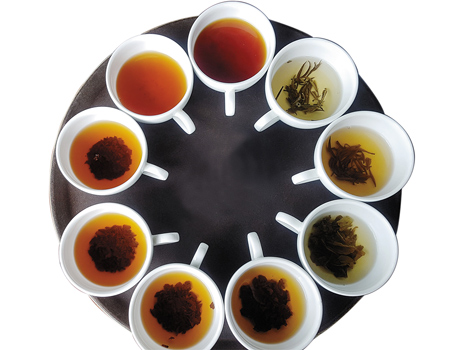 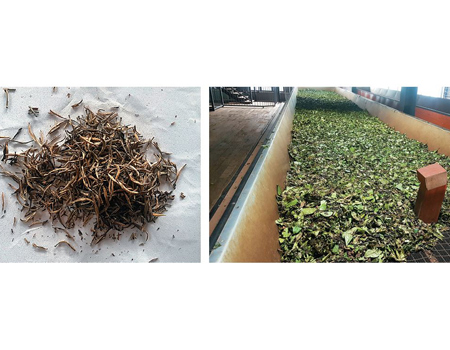 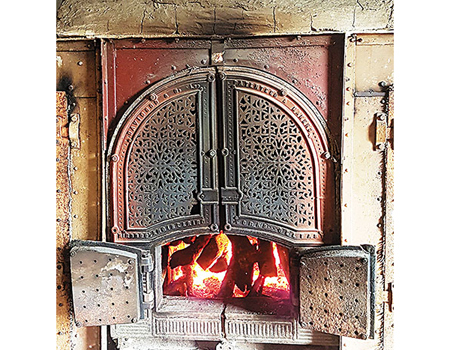 Distinct from its Indian counterparts, tea from the country has its own story and flavours to boast.

The journey of Ceylon tea began in 1867, when James Taylor, an enterprising 17-year-old from Scotland, planted the first tea bushes (which he had brought from Assam) over 19 acres of the Loolecondera Estate in Hewahata, located close to Kandy in Sri Lanka. But although the climate was nippy, and the soil rich enough to grow tea, Taylor was an inexperienced teenager. He then brought in three veterans of the industry from India, who trained him in the process of plucking, withering and rolling tea leaves, in the manufacture of samples, and the pruning of tea bushes.

Fortune further favoured Taylor when, in 1869, an outbreak of fungus destroyed many coffee trees, and tea became its substitute on many estates.

By the 1880s, there was a steady increase in tea production, and, by 1888, it had exceeded the production of coffee. After a central tea factory was set up in 1884 on Fairyland Estate in Nuwara Eliya, more factories began to sprout in surrounding regions, with machinery being imported from companies like Marshals of Gainsborough and Davidson of Belfast. The growth of plantations led to the development of infrastructure, with road and rail networks being set up to transport the tea from different plantations to Colombo, from where it was exported.

What began as Sri Lanka’s first consignment of tea to the London auctions in 1872—consisting of two packs totalling 23 pounds, and valued at `58—today contributes 5 percent of global manufacture and 15 percent of world exports. In 2018, Sri Lanka produced 303,843 tonnes of tea, of which 282,363 tonnes were exported, mainly to Iraq, Russia, Iran, Turkey, Libya, China, the UAE, Azerbaijan, Saudi Arabia and Japan.

Ceylon tea is different from the varieties grown in India as close to 95 percent of Ceylon tea is produced through the specialised orthodox manufacturing system. Almost 90 percent of Indian tea is produced through the mass-scale CTC manufacturing system. The soil, topography, elevations and rainfall that contribute to the flavour, character, quality, strength and aroma of tea is different in Sri Lanka and India,” explains Pavithri Peiris, director, promotion, Sri Lanka Tea Board. In Sri Lanka, 95 percent of tea leaves are hand-plucked while in India, a significant amount of mechanisation is also used. As an island, Sri Lanka enjoys two monsoon seasons—the North-East and South-West—which makes its tea more diverse.

The Chinese variety of tea plant is dark green, because of more chlorophyll, while the Assamica tea plant from Assam is a lighter shade. A few decades ago, hybrid bud grafted clonal plants—which embody the best of both the Chinese and Assam varieties and enhances the flavour—were developed by the Tea Research Institute of Sri Lanka.

It takes about two to three years for the tea plant to be ready for plucking, which continue for four to seven days. If the shoot is left unplucked for more than a week, its healthy chemical components are reduced. Almost all the tea—two leaves and a bud—is plucked by hand, by women, while summer remains the preferred season for plucking.

The plucked leaves are first withered by spreading them on troughs fitted with fans that blow air over them. They are then passed through rolling machines that squeeze the juice out of the leaves, giving the tea its flavour. “The leaves are then fermented—for between half an hour to three hours—in a cool and humid area to enable oxidation, which changes their colour from green to copper. They are then dried by passing hot air over them to stop the fermentation,” explains Sarath Gamini, general manager of Oak Ray Tea Bush Tea Factory & Museum. The leaves are then sorted according to their size, and packed and transported to buyers. Blended teas are more popular in Sri Lanka—most brands take tea from several estates and mix it according to their own formulae.

Tea is grown at elevations of 2,000 feet to 8,000 feet above sea level, and is mainly classified as high-grown, mid-grown and low-grown, depending on the elevation at which it grows. High-grown Ceylon black is light, low-grown is stronger in taste, while mid-grown tea is full-bodied. Tea in Sri Lanka grows mainly in Nuwera Eliya, Kandy, Uva Province, Galle, Ratnapura and Matara, and some of the popular tea factories include Neluwa, Nandana, Lumbini Tea Valley, Nayapana, Craighead, Dartry and Dabathanna.

While black tea is the most popular variety, green and white tea are also grown in Sri Lanka. Green tea is made by rolling and drying—it is not withered or fermented—and is mostly harvested in the Uva Province. It is darker compared to other green teas, and is highly coveted in the Middle East. “Ceylon white tea is known as Silver Tips and is the country’s most expensive tea. It is manually harvested and rolled, and dried in the sun,” adds Gamini.

The job of a taster involves tasting tea and inspecting the infusion, which is checked for colour, body and aroma. “When the taster makes a sucking sound while sipping the infusion, it enables the sample to be mixed with oxygen and reach the tongue. This helps determine the freshness and fullness,” explains A Katapitiya, general manager of the Dambatenna Tea factory in Haputale, which was started in 1890 by Sir Thomas Johnstone Lipton, who is well known for founding the eponymous brand of tea.

What started as the enterprise of a 17-year-old today contributes 11 percent of the country’s total exports and nearly 2 percent of its GDP. There are, however, challenges ahead. According to the Tea Exporters Association of Sri Lanka, for long-term sustainability, the industry needs some re-engineering to achieve global competitiveness. The cost of tea production in Sri Lanka is among the highest in the world. Rising input costs, declining productivity, uneconomic age profile of tea bushes and high social costs have led to declining profits.