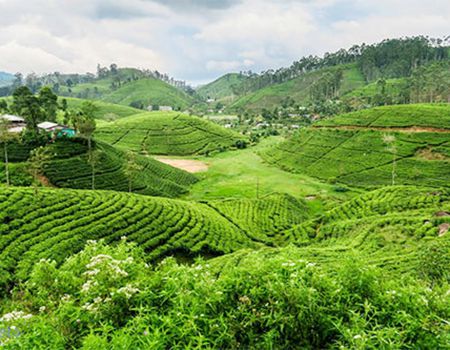 Forbes and Walker in their weekly Tea Market Report said tea revenue, January to March 2021, showed a significant increase in revenue over the same period last year. The end figure as indicated was Rs. 65.62 billion.

The report said 2020 tea revenue for the same period was Rs. 49.23 billion, the difference in revenue being Rs. 16. 38 billion. The weakening of the rupee against the dollar was given as one reason for the buoyancy of the market. Disruptions in the Kenyan tea auctions constituted another reason.

Production results were equally satisfactory. Total production for 2021, the report said, was 74. 03 million kilos, recording gains of 20.35 million kilos. The 2020 performance for the first three months was 53. 68 million kilos.

Although all elevations recorded increase in production, outstanding results were from the low growns, recording increases of about 48 percent. Low growns predominantly comprise the smallholder sector. Around 400,000 smallholders continued their positive impact; clearly, results from this sector continued to buoy the tea industry. It is also of relevance that this sector is responsible for some 70 to 75 percent production and it is of also relevance that sustenance of the industry could be attributed in large part to the smallholder sector.

In respect of marketing Ceylon Tea at the buyer end, Turkey retained the leading position as the major importer of the brand, followed by Iraq and Russia. China too was in the importer list but was in fourth position, recording increased imports. Exports to China increased substantially and are recorded as 160 percent.

Also in the importer list were the UAE, Azerbaijan, Libya and Syria.

Additionally, Saudi Arabia, Chile and the US recorded imports, but in this instance at reduced quantities, compared to 2020. Reasons were not given for such decreases.