Home>Publications & Articles>Articles>Media Articles>Should you drink tea or coffee? Why coffee can give you a quicker buzz, but tea may provide more sustained energy

Should you drink tea or coffee? Why coffee can give you a quicker buzz, but tea may provide more sustained energy 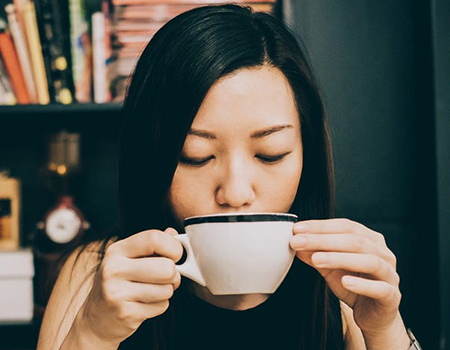 Coffee and tea are two of the most common drinks in the world. Both contain caffeine, antioxidants, and can help you feel energized, making it difficult to decide between the two.

Here is everything you need to know about the differences and similarities between coffee and tea and which is better for your health.

Coffee and tea both contain caffeine, a stimulant that can make you feel awake and energized.

A large 2015 study found people who consume a moderate amount of caffeine have a lower risk for type 2 diabetes than people who do not consume any. They were also less likely to develop certain cardiovascular diseases, neurodegenerative diseases — including Alzheimer's and Parkinson's — and cancers like colon cancer, uterine cancer, and liver cancer.

Matthew Chow, MD, an assistant clinical professor of neurology at the University of California Davis School of Medicine, backs this claim up. "Generally speaking, coffee has two to three times more caffeine compared to a similar-sized black tea," he says.

However, the exact ratio depends on several factors, including:

Black tea, for example, contains 48 milligrams of caffeine, while green tea only contains 29. Pure herbal teas such as peppermint tea and chamomile tea contain no caffeine at all.

However, it's important you don't consume too much caffeine, which the FDA defines as more than four to five cups of coffee a day. That's because in excess, caffeine can cause:

In extreme cases, it can cause epileptic seizures. Everyone's caffeine tolerance is different, so it's important to note how your body reacts to it and adjust accordingly.

Since coffee contains more caffeine than tea, it will give you a bigger buzz. Tea, however, appears to provide a more sustained boost in energy than coffee does.

Both green tea and black tea contain L-theanine — though green tea has slightly more, at about 6.56 mg, compared to black tea's 5.13 mg.

Both coffee and tea contain antioxidants — chemical compounds that may reduce your risk of certain conditions like cancer or diabetes.

Common antioxidants in coffee include chlorogenic, ferulic, caffeic, and n-coumaric acids. Some experts even consider caffeine to be an antioxidant. A major component of green tea called catechin is also considered an antioxidant with anti-inflammatory properties.

Consuming antioxidants in the form of coffee or tea could "potentially prevent oxidative degradation," a chemical reaction that can cause cellular damage, says Gardner. "If you do that, potentially you could prevent or treat chronic degenerative diseases," such as stroke, cancer, diabetes, and heart disease, he says.

Just remember to drink coffee and tea in moderation for antioxidant benefits, as having more than four or five cups per day can provide health risks from the amount of caffeine.

"There is no clear winner between tea and coffee," says Chow. In terms of your health, the choice basically comes down to which effects you are looking for.

If you'd like a quick buzz, coffee's high caffeine content will get you there. However, if you are more sensitive to caffeine, you may prefer tea due to its lower caffeine content and L-theanine levels which means you get a longer, more stable energy boost.