It's common wisdom that a healthy diet is key to having a healthy heart, but exactly what that diet looks like still has some people scratching their heads.

A research paper out on Tuesday aims to answer the common nutrition questions people ask their heart health specialists.

The Journal of the American College of Cardiology study aims to act as a guide for cardiologists who, despite having patients look to them as a source of information on heart-healthy diets, don't get a lot of nutrition training in their formal studies, according to lead author Andrew Freeman.

"So the goal here was really to hit on the things that people ask us about a lot." 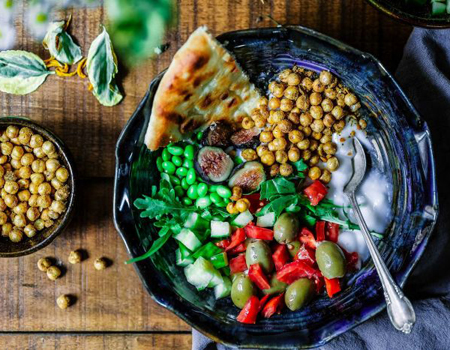 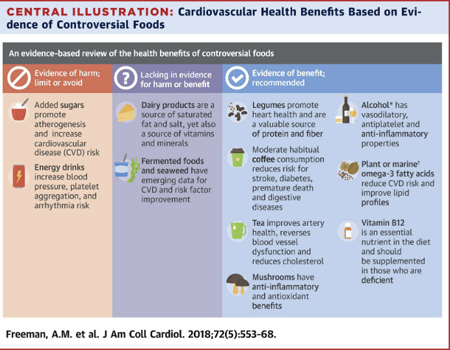 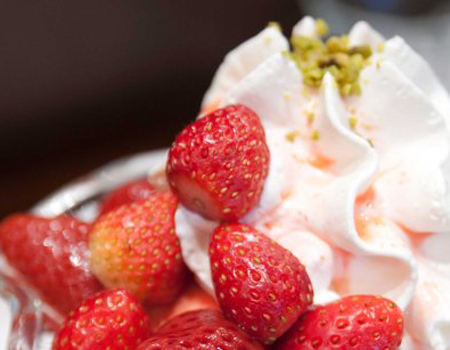 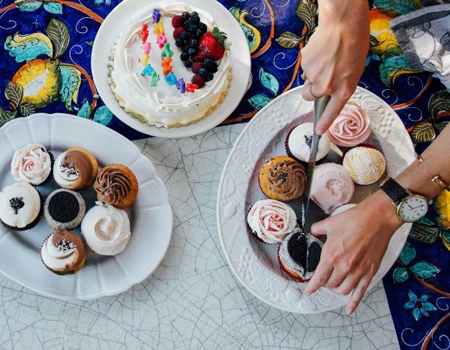 The authors looked at previous studies to see where the balance of evidence fell on specific foods like dairy, energy drinks and fermented foods, and nutrients such as omega-3 and vitamin B12.

The bottom line, according to Dr Freeman, was that whole, plant-based foods where nutrients are delivered in their natural form seem to be healthiest.

"A heart-healthy diet and, I would argue, a healthy diet overall really, is a predominantly plant-based, whole food, minimally-processed, no added salt, no added sugar type of a diet. And everything else is sort of the details," he said.

"Same thing when we pull out caffeine to make energy drinks, versus caffeine that's naturally occurring in coffee and tea — one's harmful and one's not so harmful."

So what's the verdict on the heart-healthy credentials of each of the products the authors investigated? Let's take a look.

Dairy: The jury's still out

Dairy products are a good source of vitamins, minerals and protein — but they also can contain high levels of saturated fat and salt, which can contribute to heart disease risk.

"It was very widely split on whether [dairy carries] harm or benefit. It's very confusing and confounding," Dr Freeman said.

"But all the authors agree that dairy appears to be the number one source of saturated fat and salt in the American diet."

Achieving a healthy intake of dairy is possible if you make good choices within the Australian dietary guidelines of two and a half serves a day, according to advanced accredited practising dietician Melanie McGrice.

"It depends on the type of dairy products you're talking about," she said.

"As long as people stick to lower-fat types of dairy product like milk, yoghurt and even cheese, then they're going to be fairly safe in terms of cardiovascular disease."

Links between added sugars and increased risk of cardiovascular disease started to surface in the 1950s, and the weight of evidence has built steadily since, the authors wrote.

Studies they looked at showed added sugars, especially the fructose portion of table sugar or syrups used in food manufacture, contributed to fatty deposits in arteries, even if the person consuming the sugar wasn't gaining weight.

But, as Dr Freeman said, naturally occurring sugars in whole foods like fruit and vegetables don't seem to have the same detrimental effects. 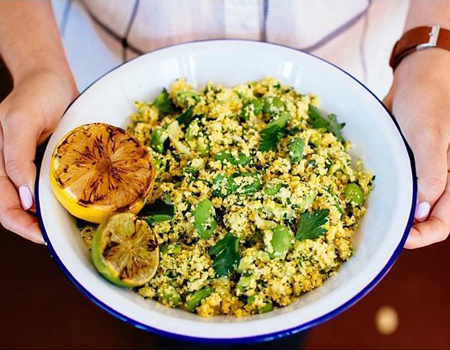 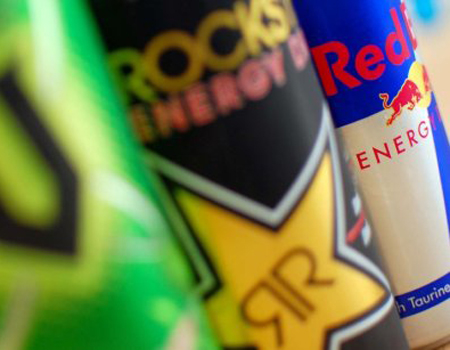 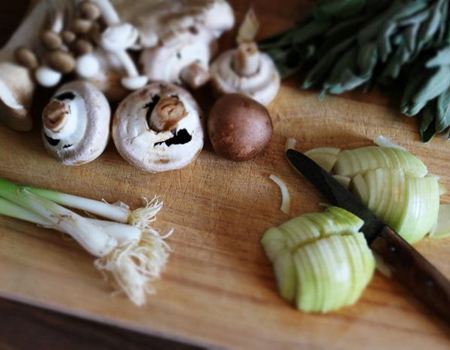 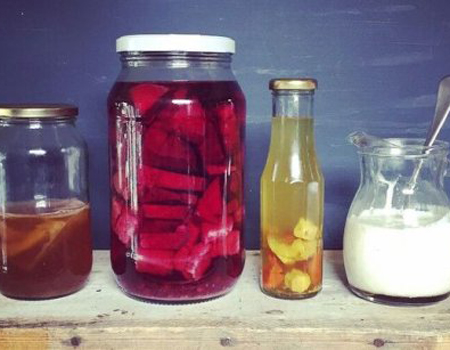 Lentils, chickpeas, soybeans and their ilk have a range of heart-healthy benefits, the study found, including a reduced risk of death from all causes, reduced risk of coronary heart disease, and better blood glucose control. For this reason, the authors issued an enthusiastic endorsement of legumes.

But Dr Freeman admitted getting people excited about brewing up a batch of lentils was harder than selling a new breakthrough drug or procedure.

"Which is sexier? The latest statins or percutaneous and minimally invasive valves, or peas and carrots? There's not a lot of money in peas and carrots and, if given an option, there are lots of people who would rather take a pill or have a procedure than to change something drastic in their lifestyle," he said.

"But I would tell you if you go to certain parts of the world where diets are predominantly legumes, you know, beans, rice, vegetables, heart disease is extremely low."

Added sugar and fat notwithstanding, both coffee and tea are linked to cardiovascular health, the study found.

Coffee sometimes gets a bad rap for increasing blood pressure, but the authors noted this wasn't a problem in people who drank it regularly. In fact, it contains antioxidants that are linked to good health, and habitual coffee drinking is associated with a lower risk of death from cardiovascular disease.

Similarly, both black and green tea have a high antioxidant content and have been shown to benefit cardiovascular health.

But if you think getting caffeine in any form is going to help your heart, think again.

Energy drinks were linked to cardiovascular issues, including arrhythmia, elevated blood pressure, seizures and even death.

While the previous studies the authors looked at weren't of the highest quality, they warned people to avoid energy drinks just in case.

Alcohol: Evidence of some health benefits, but don't get cocky

Anyone with even a casual interest in health news would be familiar with the seemingly contradictory advice around alcohol consumption. The problem is it's a complex issue with so many variables, as the authors of this review noted.

Low to moderate alcohol consumption is associated with a reduced risk of cardiovascular disease, and wines specifically contain compounds that have been shown under certain conditions to have beneficial effects.

But don't start drinking if you're currently a teetotaller just to get a health benefit, the authors cautioned, because drinking carries risks too.

"There is also some risk of falls, certain cancers, and liver disease," they wrote.

"As such, it is not recommended that individuals initiate alcohol consumption for [cardiovascular] benefit, and for those already drinking, consumption should be limited to recommended amounts, preferably consumed with meals."

Mushrooms have been shown to reduce some of the conditions that sometimes appear alongside cardiovascular disease, such as diabetes, metabolic disease and obesity, the study found.

What's more, there's evidence that people who swapped red meat for the fungi stayed satisfied after their meals.

So while there wasn't clear, high-quality evidence directly linking mushrooms to improved cardiovascular health, they'll do you good in other ways, according to the authors.

In terms of food fads of the moment, fermentation would have to be among some of the most popular. But do fermented foods help your heart?

The evidence isn't strong enough to routinely recommend them, the authors said, but some studies suggest benefits for risk factors for cardiovascular disease such as high blood pressure and cholesterol.

Ms McGrice suspected the recent surge in popularity of fermented foods meant the research simply hadn't caught up yet.

And while there may not be clear evidence linking fermented foods and heart health, there was evidence for other health benefits.

"It's gut health. What we're seeing now is with benefits in our gut microbiome that that's having an influence on inflammation all around the body," Ms McGrice said.

"There's certainly a link between fermented foods and improving the gut microbiome. What we're finding is that improvement in the gut microbiome has far-ranging benefits, but its really hard to isolate exactly what those are.

"And there may be benefits for cardiovascular disease, but they haven't been detailed yet." 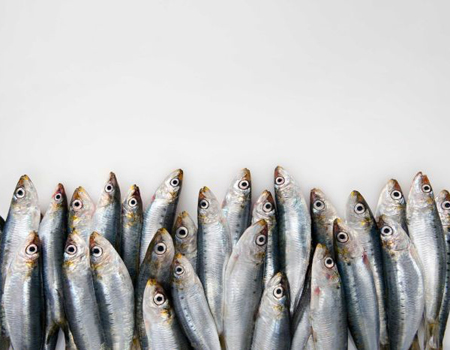 Alongside food groups, the study also looked at omega-3s and vitamin B12, which have both been shown to have heart health benefits. What was the best way to get these nutrients, the authors wondered?

For omega-3s, which can be found in both fish and plants, the evidence was unclear.

"It appears omega-3s are essential to the diet; the question is … which is a better source?" Dr Freeman said.

"And the jury's still out on that but when you look at fish, even in the best places, they seem to be contaminated more and more."

The authors concluded either source was probably beneficial, especially if it came from a whole food rather than a supplement.

As for B12, the authors recommended supplementing for people who were deficient in the vitamin. But they said there wasn't much evidence to support using supplements as a preventative measure for cardiovascular disease.

"When you look all the data in sum, a particularly plant-based diet with minimal processing is really where the health is," Dr Freeman said.

"And it's probably not how most people want to eat all their meals, but it's actually very doable and very tasty.

"It's just a matter of having the clinicians, the doctors, and their associated professionals understanding how to get patients motivated to do this sort of thing."