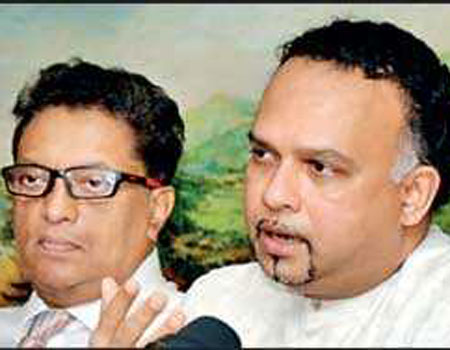 The Sri Lanka Tea Board will finally launch its much-delayed $ 50 million global promotion campaign in Moscow, Russia this September, to boost awareness of Ceylon Tea among 12 important markets.

It is the first time in the 150 years of Ceylon Tea that the Government is conducting a massive global promotion campaign of this magnitude.

The kick-off of the promotions will be followed by the advertising and publicity campaign scheduled in the Ukrainian tea market in October and the promotional campaign drive will then move to the two vital Far Eastern countries; Japan and China. The other target markets within the campaign include the US, Australia, Turkey, Saudi Arabia, UAE, Iran, Chile and Germany.

“We have finally been able to get over the red tape and Government tender procedures on the Ceylon Tea global promotion campaign and it will be launched in September in Russia. A total budget of Rs. 5.5 billion ($ 50 million) has been allocated for this unprecedented propaganda campaign,” Plantation Industries Minister Navin Dissanayake told journalists yesterday.

Admitting that the project took too long to get off ground due to various bureaucratic red tape and procedures, the Minister said he regretted the delay.

“It took over three years to finally roll out the promotional campaign. I regret the delay in launching it, but we can›t make ad-hoc decisions in the Government. We will cautiously invest this money as we look forward to make maximum returns from every dollar we spend,” he emphasised.

Dissanayake said the rollout plan would be decided by the Marketing Committee.

The Minister also pointed out that they had refocused their promotion campaign from expensive traditional methods to more effective social media platforms to reach out to a larger audience.

“When we started the campaign it was focused more on conventional mediums, but in the process there have been different thoughts coming through on the use of social media platforms to get across to the young generation of tea drinkers. Now more funds have been refocused on social media platform promotions,” he added.

Sri Lanka Tea Board Chairman Lucille Wijewardena said they projected tea production to be around 307 million kilograms and revenue to be over $ 1.5 billion by the end of the year.