Rs. 100 million from Tea Board to pay arrears to estate workers 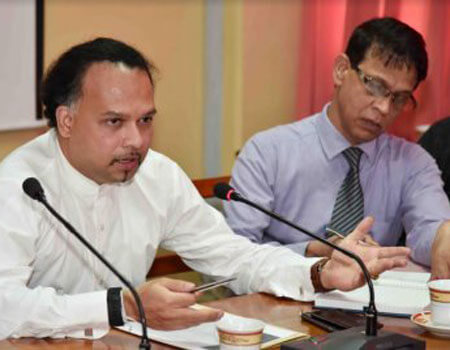 Jan 27, Colombo: Minister of Plantation Industries Navin Dissanayake has decided to grant Rs. 100 million from the funds of Sri Lanka Tea Board to pay three-months arrears to estate workers.

The Minister held a long discussion with the plantation companies and trade unions on Friday (25) to resolve the wages issue of plantation workers.

On this occasion, an agreement was reached to provide a basic daily wage of 700 rupees for plantation workers and, in addition, Price Share Supplement (PSS) of 50 rupees totaling 750 rupees.

In addition, Minister of Plantation Industries Navin Dissanayaka had agreed to provide Rs. 100 million from the funds of the Sri Lanka Tea Board for the payment of 3 months' salary arrears to the estate workers.

The Tea Board says the decision has been taken as a measure to resolve the estate workers' problems since the workers' trade unions and plantation companies reached an agreement to raise basic daily wage to Rs. 700.

However, a group of estate workers today launched a protest demanding to increase the basic daily wage to Rs. 1000.