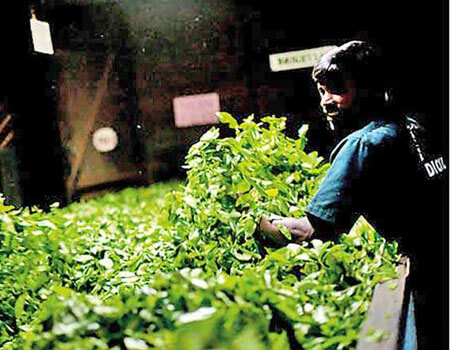 “We are not prepared to consider any wage increases,” the Planters’ Association Secretary-General Lalith Obeyesekere told Daily FT. “We have already taken a hit of Rs. 9 billion due to the increase, and the industry cannot sustain further increases,” he said. Despite objections registered by some trade unions, the companies have started making wage payments according to the new rates from the date it came into effect.

“January wages have to be paid before 10 February, and we have calculated wages as per the new rates for the days after the Collective Agreement was signed,” Obeyesekere said. The first round of discussions held on Thursday, this time initiated by trade unions who are not involved in the negotiations of the Collective Agreement, ended inconclusively, with Regional Plantation Companies (RPCs) refusing to give a further increase in the daily wage.

Following months of negotiations the RPCs and three trade unions who are signatories to the collective agreement reached a settlement to increase basic wage on January 25.They reached a settlement to increase the basic wage to Rs. 700, which is a 40% increase. The Rs. 200 increase was coupled with an increase in Price Share Supplement from Rs. 30 to Rs. 50 and over kilo payment increase to Rs. 40, removing incentives given for productivity and attendance. An ex-gratia payment was also included in place of an arrears.

Two of the trade unions, Lanka Jathika Estate Workers Union (LJEWU) and Ceylon Workers’ Congress (CWC), signed the Collective Agreement. However, the Joint Plantation Trade Union Centre (JPTUC) refused to sign, protesting the removal of incentive payments, which JPTUC General Secretary S. Ramanathan claimed to be part of the settlement reached. Further, Ramanathan also objected to the word ex-gratia in the agreement in reference to the arrears payment.

“We didn’t have time to review the agreement as we have done in other negotiations. We only got a soft copy draft during the weekend and we objected to certain clauses in it. That is why we didn’t sign,” Ramanathan told Daily FT.

Following representations made by Minister Mano Ganesan and a number of other Government MPs, the gazetting of the agreement was suspended and talks were resumed. First round of talks ended inconclusively, but the trade union and Parliamentarians who took part are optimistic of winning their demands.

“We exchanged views over different things, and they said they are not able to increase the wages but we discussed at length, and we are positive of winning our demands,” he said.