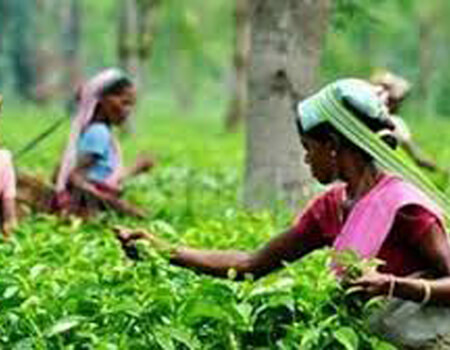 Prime Minister Mahinda Rajapaksa, at a meeting with the State and private sector plantations last week, gave them a gently reminder about the Rs 1,000 minimum wage for estate workers, but the Regional Plantation Companies (RPCs) had pointed out the thumping losses that they were going through, claiming that it was impossible at this stage.

This followed the meeting which Premier Rajapaksa had with the Chairmen and other senior officials of the Regional Plantation Companies (RPCs), the Janatha Estates Development Board and the State Plantations Corporation at Temple Trees on Thursday, plantation industry sources told the Daily News Finance yesterday.

The RPC bosses have pointed out to Prime Minister Mahinda Rajapaksa that 18 out of the 21 Regional Plantation Companies were listed on the floor of the Colombo Stock Exchange and that they were suffering from thumping losses and debts at this stage.

They had said that the losses of the listed RPCs tea and Rubber for the nine months ended December 2019 were Rs. 5.9 billion and the consolidated debts among them were Rs. 32 billion.

They (the RPC bosses) had also pointed out that the benefits that they were providing the estate workers were far better than the State sector plantations such as the JEDB and the SLSPC and that too at the time that the tea prices were falling. However, what they also said that the best option that was left for them was to pursue the performance based wage system which would also mean that the workers’ daily earnings could even go up to Rs. 1,800. Meanwhile, Sri Lanka Tea Board Chairman Jayampathy confirmed that there was a further meeting between the Regional Plantation Companies, the SLSPC, the JEDB and the three trade unions on Thursday. However, the venue has not been decided yet. Molligoda said that the mandate of the Sri Lanka Tea Board was not to directly get involved in the face to face negotiations between the unions and the companies. However, he said that SLTB will be watching the negotiations closely so that we achieve the standards of the industry and to ensure the decent work life and the living standards of the workers.

He also said that the companies and the State corporations and the workers should comply with the product quality and quantity.