The Kerala government courted a major controversy on Thursday with Chief Minister Pinarayi Vijayan announcing in the Assembly that the Cabinet had decided to exempt plantations from the ambit of the Kerala Forest (Vesting and Management of Ecologically Fragile Land) (EFL) Act, 2003, and later clarifying that this did not mean any change in the status of plantations vis-a-vis the Act. 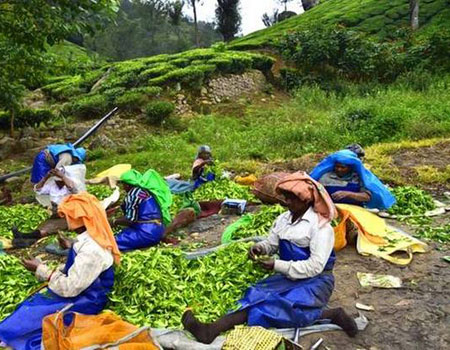 The Chief Minister, who was making a special statement on the Cabinet decisions taken on Wednesday to provide relief to the plantation sector, had stated that the exemption was based on the Justice Krishnan Nair Commission's recommen- dations.

Later, the Chief Minister's Office (CMO) clarified that an interpretation that the decision on the exemption was taken now was misleading. As per Section 2 (C) of the Act, tea, coffee, rubber, pepper, cardamom, coconut, arecanut and cashew plantations did not figure in the definition of EFL. Hence, there was no need for any fresh amendment to the Act.

There were complaints that the Forest Department was either taking over or stopping the functioning of plantations by misinterpreting the Act. Hence, the commission made recommendations to ensure that plantations were getting due protection as per the provisions of the Act.

The Cabinet decision was made on the basis of the commission report and also the recommendations of a Secretary-level committee headed by the Chief Secretary. He was only pointing out that plantations had been exempted from the purview of the Act and no new decision had been made on this score, the office said. The commission had said that plantation tax was levied only in Kerala and hence was scrapped. Collection of agriculture income tax from the sector too had been frozen, Mr. Vijayan said.