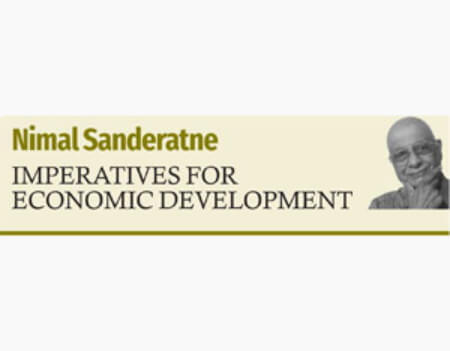 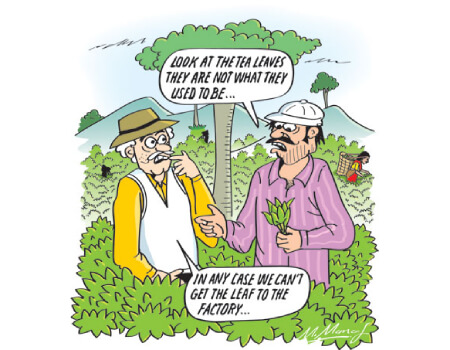 Declining tea production and tea exports are a serious setback to the economy.

The economy is hampered by declining tea production and lower exports of tea that are of critical importance to the external finances of the country.

The development of the tea industry is of utmost importance for the country’s economic development.

The tea industry is in a parlous state. Tea production is in a declining trend. Forbes and Walker, a leading tea broker, has described the tea industry as being in “tumultuous times.”

Forbes and Walker says: “The tea industry is going through tumultuous times in terms of production with crop levels plunging to a near three-decade low.”

Tea production could be restored to the pre-fertiliser ban level in 2023, if fertiliser and agrochemicals are available and there is adequate rainfall. The Government must ensure that the needed inputs are speedily ensured to tea estates and small-holders.

There is also a need to regain markets that were lost owing to the recent shortfall in the availability of Ceylon tea for export. Some buyers have turned to other teas owing to our reduced exports. The bigger problem is to increase tea production in the long run.

There has been a neglect of tea cultivation for a long period. The mismanagement of state-owned estates after their take over in 1974 was a disaster. Consequently, tea production in the estates declined. Fortunately, small holder tea cultivation expanded, and nearly around 75 percent of tea is produced on smallholdings, the productivity on smallholdings is about twice that in the estates.

Research expenditure on tea must be increased to ensure a trend of increased productivity. This prerequisite for ensuring productivity is difficult owing to inadequate finances.

The importance of tea exports lies in the fact that the import content of tea is considerably less than in manufactures. The net foreign earnings are higher than in most manufactures.

The significance of tea for the Sri Lankan economy has been underrated and there has been a neglect of the industry for decades. While the current shortfall in production could be arrested with the availability of fertilisers, weedicides and other agrochemicals, the achievement of increased production in the long run requires considerable investment, planning and research.

Tea could make a significant contribution to the nation’s external finances. The development of the tea industry should be viewed as a means to economic development.