Home>Publications & Articles>Articles>Media Articles>Research Says You May Be Drinking Microplastics With Your Tea. Should You Worry?

Research Says You May Be Drinking Microplastics With Your Tea. Should You Worry? 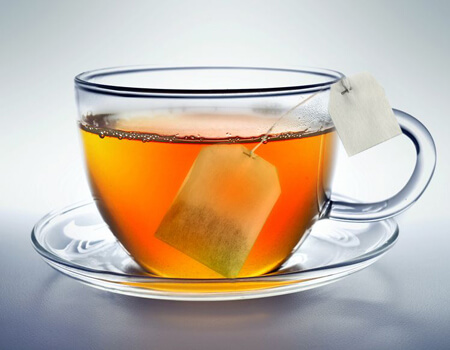 As the temperatures cool down, the odds rise that you’ll want to relax with a hot drink. If hot tea is your go-to postride pick-me-up, you may be worried about the news making the rounds that you might be sipping some microplastics along with your brew.

The news comes from a recent study published in Environmental Science & Technology, which found that steeping a PET plastic or nylon teabag at brewing temperature (203 degrees Fahrenheit), released 11.6 billion microplastics and 3.1 billion nanoplastics into a single cup of tea.

That comes on the heels of other research from earlier this year: A meta-analysis from Newcastle University and the World Wildlife Fund concluded that we’re eating about a credit card’s worth of plastic each week.

This credit-card amount is based on what is known about the levels of microplastics in things like beer, water, honey, and seafood, as well as in the air, Susanne Brander, Ph.D., assistant professor in the department of environmental and molecular toxicology at Oregon State University, told Bicycling.

So should you toss out your teabags? We tapped a microplastics expert and a toxicologist to find out what you need to know.

What are microplastics, and where are they found?

Microplastics are any debris made of synthetic polymers—chemical compounds that make up manufactured plastics—that measure less than 5 millimeters in any dimension; they can be pellets, fibers, or fragments.

Disposable single-use plastics from products that can’t be recycled, such as plastic tea bags, straws and cups, end up in landfills or are littered. Then, they make their way into the air or the water, where they can affect sea creatures.

Much of what we find in water, sediment, air, and animals is in the form of fibers, according to Brander.

While microplastics are in everything from food and drink to clothing and waste, a recent study showed that the highest route of exposure was from the air, from tiny particles or fibers we inhale or ingest unknowingly.

There’s not a lot of solid evidence out there just yet on what consumption of microplastics means to our health: Research is still ongoing as to whether these chemicals leach out in an appreciable amount that could have a health effect, Brander says.