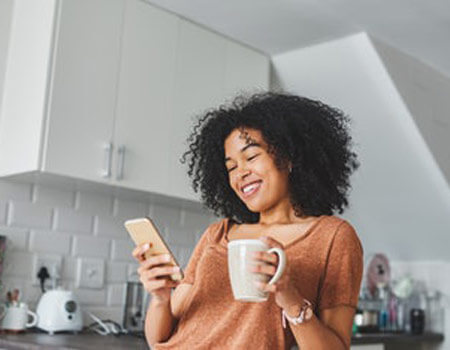 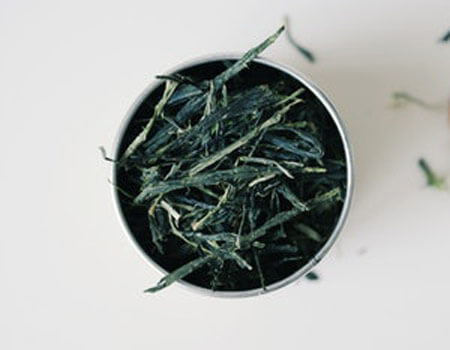 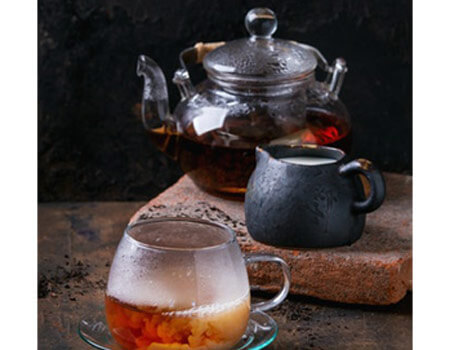 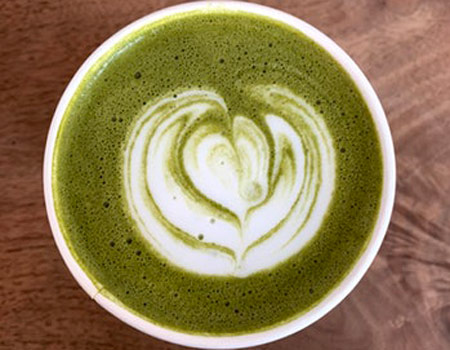 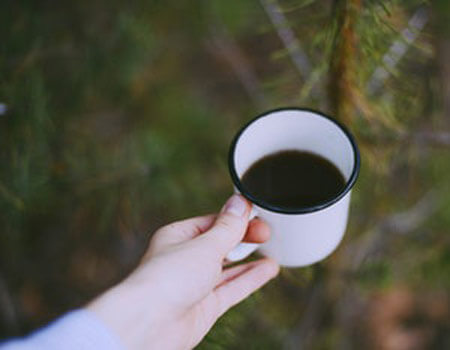 I'll be honest: I'm a green tea snob, and I know my sencha from my gyokuro. I drink it for the taste, but plenty of people are firmly in the coffee camp. If you're thinking about replacing your morning cup of coffee with tea, though, experts tell Bustle that tea may have tangible effects on your body, including your gut microbiome and your overall caffeine intake.

Switching from coffee to tea can be a positive move for some people, experts tell Bustle. "The evidence that tea, especially green tea, can have a positive impact on your health is stronger than the evidence for coffee," Dr. Nate Favini M.D., medical lead at primary healthcare organization Forward, tells Bustle. "It’s full of antioxidants called polyphenols, and some studies have suggested that it can reduce the risk of heart disease and cancer." However, coffee has also been shown to have health benefits in low doses, including potential protection against liver diseases and type 2 diabetes in some people.

It's not clear that a simple switch will make huge differences to your health in the long term, so if you're very attached to your steaming espresso every morning, you shouldn't feel too much pressure to change your routine. But if you are keen to change things up, here's what might happen if you decide to substitute your morning cup of joe with tea instead.

1. You'll Get A Lower Caffeine Dose

One cup of coffee carries quite a lot more caffeine than standard tea, though it depends on what type of tea you choose. According to Health, a single cup of green tea contains 24 to 45mg of caffeine, a cup of black tea contains 14 to 70mg, and the equivalent amount of coffee contains around 95 to 200mg. The difference in caffeine levels between green and black tea has to do to how they're processed. Both kinds are made from the same plant, but the tea leaves used in green tea are steamed soon after being harvested, while the leaves in black tea are dried and crushed instead, giving them their unique flavor. Herbal teas like peppermint, meanwhile, have no caffeine at all.

If you're very sensitive to caffeine and switch to black or green tea, this drop may be enough to give you symptoms of caffeine withdrawal, including headaches and irritability, but it's unlikely, as there's enough caffeine in both black and green tea to soothe any cravings. Switching to herbal tea, however, may induce withdrawal symptoms, as you're effectively going cold turkey.

2. You May Absorb Less Iron From Your Breakfast

Taking tea with your breakfast may not be great for your iron levels. A study in 1982 found that people who drank tea alongside meals experienced a 62% reduction in the amount of iron they absorbed from their food, as opposed to a 35% reduction with coffee. The iron in question was non-heme iron, which is found in small quantities in animal meat, but is mostly ingested by humans from plants, dairy, eggs and grains like cereals. Later studies have found this is true even in people who eat quite a lot of meat. Non-heme iron is important to our health, so if you drink tea with your breakfast cereal, it might be a good idea to introduce more non-heme iron-heavy foods into your diet later in the day.

3. It May Affect Your Gut Health

Both tea and coffee can affect the gut microbiome, according to experts. "Recent studies have shown that coffee can have positive effects on your gut health," Dr. Mahmoud Ghannoum Ph.D., director of the Center for Medical Mycology at Case Western Reserve University and author of Total Gut Balance, tells Bustle. Tea has also been shown to affect the gut microbiome; a review of studies published in Nutrients in 2019 found that green tea can increase levels of healthy bacteria in the gut, while black tea can contribute positively to microbial diversity.

There isn't enough evidence to compare how switching from coffee to tea might affect your microbiome, but it seems safe to assume, as with any dietary switch up, that it will change its composition. However, cutting down on coffee with a lot of added extras is definitely a good step for your gut, Dr. Ghannoum tells Bustle. He explains that the sugars and other add-ons in many fancy coffee beverages aren't great for your gut, and taking your morning beverage as simply as you can may give you a boost.

You may worry that replacing your morning coffee with a less caffeine-heavy beverage might reduce your mental alertness, but studies show that this may not be the case. A study published in Appetite in 2012 found that tea, rather than coffee, was associated with perceptions of increased work performance, and people felt more on the ball while drinking it at work. Research published in Pharmacology Behavior & Behavior in 2000, meanwhile, found that alertness doesn't seem to change depending on what kind of caffeine you drink; the same amount of tea or coffee seemed to produce the same effects on the people in the study.

These studies only looked at green and black teas, so it's important to remember that caffeine-free herbal teas and tisanes may affect your alertness if you've been relying on caffeine to keep you focused in the mornings.

5. The Effects Also Depend On How You Accompany Your Beverage

It's not just about the tea itself; it's about how you take it, experts tell Bustle. Milk, honey, sugar, and other perks of your daily beverage routine all affect your health; tea and coffee don't exist in a vacuum.

Tea's health effects also can't be separated from the rest of your diet, Dr. Favini tells Bustle. "No matter how much tea you drink, things like your diet and exercise have a much bigger impact on your health than any beverage," he says. A switch from coffee to tea is only a small part of your overall health profile.

Over the long term, studies show that caffeine can help with preventing cognitive decline and lowering the risk of stroke — and that it doesn't matter whether you get your caffeine from coffee or tea. However, the key is moderation. A study in 2014 in Journal of Caffeine Research found that caffeine use disorder, in which people develop a dependence on caffeine to function, is becoming more widespread, and that people who consume high amounts of caffeine (over 750mg a day) can develop a tolerance that means it stops affecting them at all.

Switching out coffee for tea might add some new flavor to your morning routine. If you're switching from high levels of caffeine to non-caffeinated herbal teas, though, you may need to prepare for some withdrawal symptoms — or taper off your caffeine use with some black or green teas first.