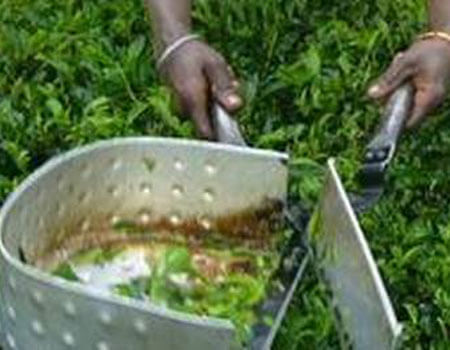 In the context of the tea plantations in South India finding it difficult to get suitable workers at the right time at affordable wages, the former President of UPASI, T Jayaraman has advised planters to become less dependent on the workforce.

“There is a need to instil hopes in the minds of tea planters in The Nilgiris that with some constructive steps, they can overcome their present uncompetitive situation,” he told BusinessLine.

“Let us not get depressed with the outlook. We should look positively and convince ourselves that we can take the industry forward,” he said.

In his address as Chief Guest at the 128th AGM of the Nilgiris Planters’ Association (NPA), he listed some thoughts to take the industry forward.

Particularly, he told them, “think of ways to reduce our dependence on workmen, thereby pay the few workmen better and make them proud of their work”.

He urged the planters to start replanting with high-yielding quality clones and increase the plant population, aligning the fields for machine harvesting.

Advising them to increase water bodies to store rainwater, he asked them to use this for drip irrigation.

Planters should eliminate the use of chemical pesticides and go in for organic cultivation, he said.

Jayaraman also asked the planters to automate the factories to standardise the products.

He advised them to go for in for multi-cropping with fruits to expand the earnings’ basket.

“Of course, these entail considerable investment but this will make us leaders in the industry,” Jayaraman noted.

Nilgiris Planters’ Association Vice Chairman Varghese Vaidyan, who has taken over as Chairman for 2019-20, assured to follow up on these.

Identifying inadequate marketing initiatives as the cause for the crisis in the tea industry, Nilgiris Planters’ Association Chairman R Rajkumar told BusinessLine that the Tea Board should come out with proactive measures to augment the demand for tea at matching prices. “Planters can produce top quality tea but to market it, we need Tea Board’s support”, he said.

He stressed this in his presidential address as well at the Nilgiris Planters’ Association’s AGM.

“There is a mismatch in the tea economy as domestic demand has not increased in line with production over the years,” he said.

“Although India is the world’s second-largest tea producer, it does not rank among the top tea-consuming countries on a per capita basis. According to the Tea Board, although around 64 per cent of India’s population consists of tea drinkers, the per capita consumption is only 0.78 kg per year. This is very low compared to other countries. There is enormous potential to increase per capita consumption, especially in rural India,” he said.

Observing that value addition of tea, branded tea and specialty tea is necessary to augment consumption, Rajkumar said: “Tea-based beverages are gaining acceptance in the international market. Adopting them to Indian conditions could prove to be a beneficial marketing strategy.”

“In this context, the Tea Board’s proposal to shift its focus from output management to market promotion is a well thought-out strategy”, he said.

He urged the Tea Board to revive its earlier practice of participating in world expos and encouraging producers to display their teas at Tea Board stalls as also providing subsidies to producers to participate in such fairs.

“The quality of Nilgiris tea is second to none as evident by some Nilgiris teas winning awards in World Tea Expos. Still, because of promotion, only ‘Ceylon Tea’ is popular; even from India, Assam and Darjeeling teas are known but not The Nilgiri teas. So, we urge the Tea Board to help us promote Nilgiris tea worldwide,” said Rajkumar.

The Nilgiris Planters’ Association Chief urged the Tea Board to avoid delaying disbursal of subsidies for production of orthodox teas, which are mostly exported.

He also sought the Tea Board’s financial support for reclamation of water bodies in tea estates.

Disclosing that tea estates in The Nilgiris lost 586 hectares to frost recently, he said the loss was around ₹6 crore. He requested the State and central governments to take note of frost damage and extend fiscal support.

Referring to mechanisation and digitalisation, Rajkumar observed: “Adoption of advanced technology like information technology, artificial intelligence, drip irrigation, use of drones and digital systems is necessary.”

Expressing concern over the recent rules regarding clinical establishments, he said that in plantations, medical facilities are being extended per The Plantations Labour Act. So, there is no need for a special Act over and above this. Hence, plantations should be exempt from these new rules, he argued.

Likewise, he sought exemption for plantations from property tax in regard to the labour quarters provided and maintained by the plantations per statutory requirements.

Another vexing issue remaining unresolved is the man-animal conflict on plantations. Over the years, the menace is increasing, he noted and urged the forest department to come out with workable strategies for the co-existence of plantations with wildlife.