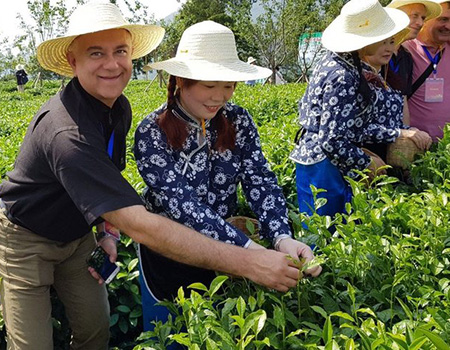 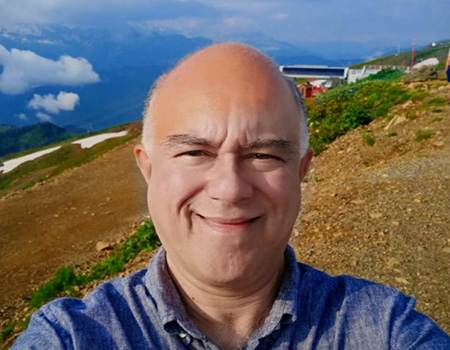 was formed with an intention to provide: control by the union of the tea industry; control of international trade agreements; control of the cultivation of tea in India; control of export of tea from India; and to levy excise on tea.

Overall, the goal of Tea Board India is to make India the leading producer and supplier of quality tea in the global market.Today, Tea Board India also focuses on: developing effective management strategies for innovation in tea plantations; processing technology for producing good quality teas; the augmentation of high value tea exports; capacity building for human resources at all levels in the tea Industry; and strengthening of R&D efforts on all aspects of tea husbandry and technology.

World Tea News chats with Prabhat Kamal Bezboruah, the chairman of Tea Board India, to learn more about the state of the tea industry in India, among other topics.

Bezboruah is a former banker with Bank of America, and a graduate of the Wharton School of the University of Pennsylvania. He’s been at the helm of affairs at the Tea Board India for his second consecutive term. Bezboruah, who is also the chairman of Tea Research Association (TRA), is the first non-Indian administrative service officer to have been appointed as chairman of the Tea Board of India.

in Assam – Bezboruah was instrumental in initiating a revamp of the old electronic auctioning system for the tea industry in India.

Question: Thank you for your time. First off, tell us about Tea Board India’s objectives per the Tea Act of 1953. How many of these objectives has the Tea Board fulfilled? Has India’s tea export increased? If so, by how much?

Answer: None of these objectives has been met in full. However, the Union Government does control the large and medium sized tea plantations and lays out the framework for international trade agreements. Exports reached a peak of 253 million kilos in 2019. Small growers, who account for 50 percent of India's production are largely out of the ambit of Tea Board controls and have planted around 200,000 hectares in the last 25 years.

Question: With the proliferation of bought leaf factories in India because of the small tea growers market share increasing, there has been a significant drop in quality leaf leading to overall decline in made tea quality. What is Tea Board India doing to regulate it/enforce current guidelines?

Answer: Once in a while, the Tea Board takes measures to enforce quality norms by organizing seminars, raiding factories, seizing substandard green leaf and other necessary steps to tighten quality controls. However, these drives are always soon forgotten, and it's always been back to business.

Question: With climate change affecting the industry adversely, is there any strategic plan by the Tea Board to help the farmers reduce the economic fallout? Is the board collaborating with the Tea Research Association or any other scientific body to find solutions?

Answer: Both large and small growers have borne the brunt of climate change, but there are no plans or programs designed to ameliorate their distress. However, Global Green Growth Institute, domiciled in Korea, is in the process of collaborating with TRA to find some answers to the above question.

Question: It is being rumored that the role of the Tea Board is being reduced. How much of that is true?

Answer: Possibly true, since the Board has not been able to fulfill stakeholder expectations, especially in the last decade. The reasons are multifarious, but the most important are the fact that Tea Board budgets are shrinking each year, the support being given to exporters is unsatisfactory, the license “raj” is actually growing rather than being dismantled as in other sectors, and last but not least, that the impartiality of the Board is at some question in some offices.

Question: The tea gardens in Darjeeling are fighting for survival. Is there any kind of revival package by the Tea Board? Also, foreign buyers have been shifting to buying tea from Nepal rather than Darjeeling.

Answer: Tea gardens in all areas are fighting for survival. No doubt, Darjeeling tea suffered greatly during the GJM strike of 2017. As far as I am aware, the package proposed in 2018 has still not received final clearance. I presume that the government is being a little wary of putting a subsidy directly into the coffers of the five tea groups/companies which dominate Darjeeling production. The 2017 strike afforded Himalayan [Nepal] teas the opportunity for a breakthrough. They took it. Darjeeling's preeminence in that niche has been successfully challenged. Our Industry must fight back. A good starting point would be to identify the customer, acknowledge that the customer is always right, acknowledge that even great products sometimes have replacements. I would recommend that they find a new niche that is defined in more than just terms of geography.

Question: It is a well-known fact that the organized sector is facing unprecedented hardship to stay afloat, and a lot of big companies are collapsing. Is there any kind of help/support in the pipeline to resurrect them?

Answer: Not really. Big corporations will be acquired by other large corporations if the former cannot sustain. The best the board can do is to revive replanting, orthodox subsidy and a few irrigation schemes, and disburse legitimate dues quickly.

Question: Tea Board support for international promotion of Indian tea has decreased. Would you like to comment on this?

Answer: With reduced budgets, not much can be done. However, there are huge opportunities that smaller companies can develop. Also, it might be more effective if an export council, like in the cases of engineering, marine products, gems and jewelry, etc., lead the effort rather than the Board.

Question: On the qualitative front, is there any program to incentivize growers/producers of quality tea by the Tea Board India?

Answer: Yes, the Board will try and support quality initiatives at all stages. The Board has just launched several initiatives to improve quality, both for green leaf and for made tea.

Question: Kenya has been producing orthodox tea in a big way. What will be its impact on export of Assam orthodox tea?

Answer: As of now, Kenyan orthodox exports are small, have some logistical issues and, in general, have lower quality and consumer acceptability than Assam orthodox. I suspect that though Kenyan tea fields are almost exclusively populated by Assam hybrids extracted from Assam; the difference in climate and soil will change the characteristics of this elixir, hopefully, not for the better!

Question: Over the last two decades China has increased its tea plantation area massively. What kind of promotion growth are we expecting in Indian context?

Answer: TRA will work out a generic skiffing and pruning video.

Question: What role is the Tea Board playing to increase tea consumption in India?

Answer: The Tea Board has conducted many B2C and B2B virtual meetings to increase consumption in areas where the per capita absorption is low. A generic promotion campaign has been proposed but is awaiting financial closure.

Question: What’s your view on the state of tea globally, tea trends and interesting teas from India in North America. In addition, what should North American B2B buyers – such as retailers – know about Indian teas that they might already know?

Answer: These are challenging times for the industry. Specialty teas have to be marketed to the correct target market. To be honest, many players from India have successfully done this. The Tea Board should conduct an Indian tea primer course in high value and high potential markets for people connected with food and beverages. Most importantly, the government should immediately take stock of container availability, freight rates etc., and see whether a complaint with the multilateral trade bodies is tenable, as it appears that a concerted effort to destroy India's export competitiveness has been launched from across the shores by a cabal of unfriendly governments and socially conscious business leaders. Of course, this campaign will affect all exports, not just tea.