Sri Lanka’s business community last week expressed optimism that the Budget 2019 to be presented in Parliament on November 5, would bear the key elements of practicality, progressivity and policy consistency with a view to unlock the island’s growth potential. 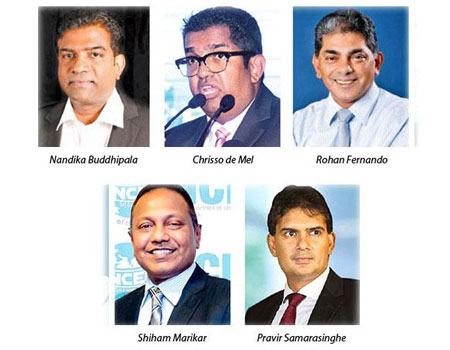 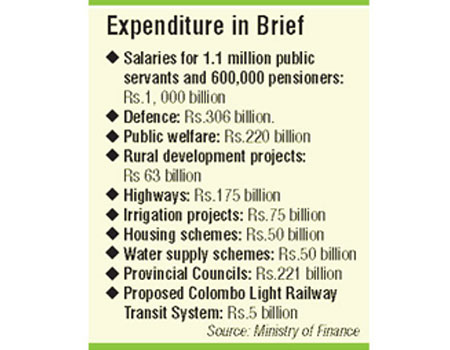 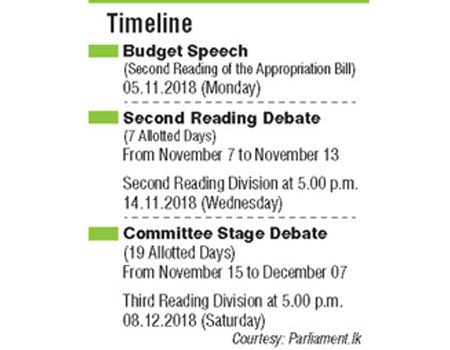 “We have over 30 technical schools and it is important to see how we can develop employability of these students both in the short run and in the long run. While giving recognition to education gained at vocational institutions, emphasis should be on building career pathways and reforming curriculum to match skills to the labour market requirements,” said Buddhipala, whose NCCSL represents member companies from the entire spectrum of industry, trade and commerce

According to a recent World Bank report, although Sri Lanka’s growth and competitiveness has catalyzed its economy’s growth toward services and high value industries, the higher education sector has however not kept up with these shifts by producing sufficient graduates with holistic skills that employers are seeking. Although providing good theoretical knowledge, universities rarely emphasized soft skills such as industriousness, team work, leadership skills, creativity, and communication skills. There was also a gap in the quality of higher education in lagging regions such as the Northern and Eastern Provinces. “In the short run, the private sector can join this exercise by guaranteeing employability. After a formal training, they can be absorbed to the working population. The quality of tertiary education colleges can be enhanced by exploring collaborations with training schools with Germany, Japan and other parts of the world,” the NCCSL Deputy Chairman pointed out.

He however noted that in the long run, these vocational training institutions should have a roadmap where their skills, as electricians or plumbers for example, would lead to at least a degree-level qualification. This can mitigate issues like a large exodus of the younger generation taking up three-wheeler driving and resultant loss of productivity levels.

Meanwhile, the country’s export community called on the state to provide support to develop hi-tech industries. Whilst encouraging Sri Lanka’s domestic commercial banks to use self-service banking machines manufactured in Sri Lanka, they said the government needs to increase customs duty and other taxes on imported self-service kiosks, CDM, ATM and CRM to boost domestic production.

“Since we need to upgrade plant and machinery to compete in the export market, we request the provision of a 100% leasing facility from banks to purchase such plant and machinery. Obtaining required test certificates to compete in the export market has also become expensive, we would welcome a payment for the cost of testing done at accredited local and international laboratories,” Secretary General/CEO of the National Chamber of Exporters (NCCE) of Sri Lanka, Shiham Marikar said.

Elaborating on skills development, he advocated the government to establish a “Skills Development Fund” and provide assistance to conduct courses, training and seminars related to international trade. Marikar also said the government should implement measures under gazette No: 1813/15 of 5th June 2013 with a minor amendment so that cinnamon exporters could obtain the SLS 81 – the key product certification standard from accredited testing laboratories.

“The implementation of the long delayed EXIM Bank should be fast-tracked. The lack of innovative export finance schemes and venture capital has been a challenge to accelerate exports across all sectors. It is also important to address the low quality products being imported to Sri Lanka such as bicycles and boats,” the NCCE chief said.

Sri Lanka’s tea industry players said they hoped unnecessary taxes on tea such as CESS and input duties would be finally removed in the forthcoming Budget. Speaking to the Sunday Observer, Immediate Past Chairman of the Tea Exporters Association of Sri Lanka (TEA), Rohan Fernando said they were confident of the move since both the President and the Prime Minister have fully acknowledged the need to encourage the commodity.

“These unnecessary taxes have made exports of tea out of Sri Lanka the most expensive among the tea producing countries. Although India was giving an 8% rebate on tea exports, we however don’t give similar treatment but require recognition of tea exports as a thrust industry that can bring in more dollar inflows into the country,” Fernando said.

He reiterated the need to implement the long-standing proposal by TEA to liberalise tea imports, a subject which has thus far not created consensus among industry stakeholders though debated for over 15 years. Though there is a contradiction of views, he opined that the government should not look at the policy change “from a political gambit but purely from a commercial angle”.

“In a controlled protectionist environment, it is bound to encounter problems. People will use all sorts of underhand things because they have a captive protected market. But if you allow imports to come in, even local producers will know they have to produce the cleanest tea,” Fernando, the Chairman of HVA Foods PLC pointed out.

Elucidating the expectations of the shippers, the Chairman of the Sri Lanka Shippers Council, Chrisso de Mel said plans to replace the 200 year-old Customs Ordinance with a new Customs Act should be expedited. He also called on the government to implement reforms and be consistent with its policies.

“The new Customs Law is an immediate need we have because it will set the base for so many other things to fall in line. Though promised in the last Budget that it will be replaced, this seems to have delayed big time,” de Mel, the chief of the apex body of shippers told The Sunday Observer.

Besides the proposed new law, he said the industry has also recommended several process improvements which can be accommodated even pending the legal requirements in the form of a gazette.

“Several recommended drafts have come out of the new Act but we don’t know whether it is now with the Legal Draughtsman. But the trade needs to be informed of the standpoint and engaged in the process so that it can be quickly put in place,” de Mel, the General Manager of the Export Shipping Department at Hayleys Group, said.

Speaking on behalf of the condominium developers in Sri Lanka, Pravir Samarasinghe, a member of the Condominium Developers Association of Sri Lanka (CDASL) said the industry is anticipating the 15% tax on condominiums to be made effective from 1st April 2019. However, he was hopeful that the government will exempt Value Added Tax on Sale and Purchase Agreements entered into before 31st March 2019.

The 15% tax proposal though announced in the Budget 2018 was deferred after objections raised by industry stakeholders.

Reducing taxes on imported construction materials so that construction costs and housing costs will be more affordable to the people would also be welcomed,” Samarasinghe, a Past President of the CDASL and the Group Chief Executive Officer of Overseas Realty (Ceylon) PLC, said.