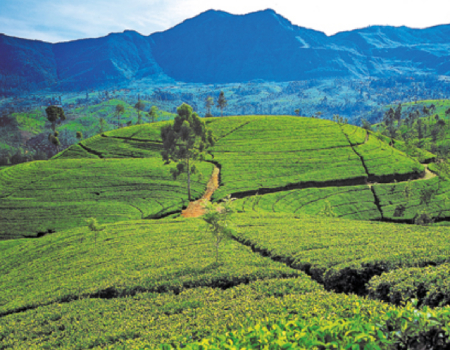 “We will give all unproductive land in the state plantations to the workers for them to become owners and manage” was a recent promise of a politician. Is this aimed at improving the livelihood of workers or performance of state plantations or another political gimmick?

Sometime back the plantation industry in the country was referred to as the backbone of the economy due to its significant positive impact towards it. Due to various reasons management styles of state plantations were changed and in 1992 the Government of Sri Lanka (GOSL) handed over the management of them to the private sector whilst keeping the ownership. It is true that for multiple reasons the intended performance through privatisation has not been achieved and currently it’s not contributing to the national economy as anticipated. However, any further changes to the current system of management need to be based on in-depth scientific investigations to identify the causes for the current situation of the plantation sector.

The author in a previous article reviewed the performance of the state-owned rubber estates under different management systems (Business Times, 7th November 2021). It revealed that the performance has relatively declined after the privatisation of management in 1992 of the majority whilst a couple of Plantation Management Companies (PMCs’) had improved the performance. Huge gaps in technology adoption, inadequate investments for capital development are some key reasons for a decline in performance. With the privatisation of the management of state-owned plantations, the Plantation Management Monitoring Division (PMMD) was established under the Ministry of Plantations to overlook the performance of the sector. If the current management structure which consists of the golden share holder, PMMD and the PMCs’ has failed to adequately invest, develop, produce and market how could one expect the resource poor worker to do it better? If GOSL would not provide funds and necessary inputs, obviously the resource poor workers will not have the finances to replant, maintain during the initial uneconomical period of the crop. They would not be able to withstand the often-evident poor trading conditions of the produce and escalating costs of the inputs like agro-chemicals. This proposed system will differ from the traditional smallholder sector system in the country and whether government investments, if any, will be diligently used by the allotment holders of the new system is a question. There are lessons to be learnt from the past from similar politically motivated and popular decisions taken by previous regimes. It is a dire need of this very moment that politicians should resort to changes backed by more scientifically gathered information without adhering to shortsighted, politically motivated decisions.

State support to the sector

The GOSL supports the plantation industry in many ways. Developing and transferring the technology needed for the industry through the government crop research institutes and extension agencies is one such activity. New and replanting subsidies are paid and also planting material is provided in certain instances. Very often than not the chemical fertiliser was made available at a subsidised rate. There is government support for estate worker housing and welfare through development projects. On the other hand, the PMC’s pay the government in the form of a Cess and also as lease rental.

Constraints faced by the sector

The plantation sector faces constraints that hinders its progress. Wages of the workers need to be increased periodically as for any other employment. However, there is no transparent and logically laid down formula accepted by all parties concerned for periodic wage revisions. Such a formula could be developed based on key relevant indices such as inflation rate, cost of living index. Further, it’s essential that the PMCs’ are able to improve worker attendance and productivity to enhance performance of the estates whilst undertaking capital development as targeted. An incentive to improve attendance and productivity and sharing benefits of attractive Net Sale Averages too can be incorporated to a wage formula. Such an approach to revise worker wages will bring a win-win situation rather than resorting to lengthy discussions often driven with political agendas.

Land acquisition is also a hindrance for the development of the plantation sector. Whilst understating the fact that land should be made available for worthy development projects during land selection the negative impacts to the plantations should be minimised. With changes of ruling parties, land encroachment becomes an issue resulting in loss of productive land and also the plantation executives losing quality time in the process of police inquiries and attending court cases.

The government should not deprive the PMC’s from investing on economically viable crops/projects with the objective of gaining political mileage. One classic example is the decision taken by the present government to ban the planting of oil palm in Sri Lanka. Sri Lanka is the only country to do this whilst many countries are sustainably cultivating this crop in around 25 million hectares. The numerous newspaper and scientific articles published in response to this ban on the cultivation of oil palm reveals that this decision is not based on any scientific findings but a set of myths put forward by groups with hidden agendas.

Self-sown trees that grow among plantation crops hinder the main crop due to competition for light, nutrients and moisture. Further, at the time of replanting, if such trees are not removed it will lead to a poor stand per hectare and less vigorous plants in the new cultivations. The process of obtaining necessary approvals to fell these trees prior to replanting is time consuming and for certain types of trees it is prohibitive. The management time spent on resolving these issues is also significant. The eventual result is losing the value of such self-sown timber trees due to their natural death, poor quality of new clearings and low productivity and revenue generation in plantations.

The recent ban on imports of essential agro-chemicals was a severe blow for the performance of the sector.

Potential of the sector

The current annual foreign exchange earnings from tea, rubber and coconut are around US$1.4, 1 and 0.8 billion per annum respectively, totaling into $3.2 billion. The national land productivity for tea is around 1,500 kg of made tea per hectare per annum whilst for rubber it is around 800 kg of dry rubber per hectare per annum. In the case of coconut, it is 45 nuts per palm per year. When we compare these with potential productivity levels and also the productivity levels recorded in other growing countries in the world, we should have the ability to double the national production of these crops, in the short term, through good agricultural practices. Thus, our foreign exchange earnings could be increased by a further $3 billion per annum in the short/mid-term. What we need for this is a commitment from the government and growers. At present, we have completely ignored the potential for contribution for the vegetable oil sector in the country by the oil palm plantations.

Sri Lanka imports around 220,000 MT of palm oil to the country annually. The current world market price of crude palm oil is in the region of $1,650 per metric ton. Therefore, the cost of importing this vegetable oil to the country is around $360 million per annum.

The citizens of the country are currently undergoing enormous hardships due to lack of basic essentials like medicine, gas, petrol, diesel and electricity due to the lack of foreign exchange. These hardships faced by the people of the country have now led to political and social instability and it is essential to harness the potential of the plantation sector in solving these problems.

State role for the sector

The government needs to assist and facilitate the revitalising process of the plantation sector. It should continue to provide the current services extended to the industry more effectively and resolve the constraints they encounter and identified above. Promises like making the workers the owners are more to gain political mileage and less likely to be a solution to revive the sector. In the backdrop of the dollar crunch the country is currently facing, implications of banning the cultivation of oil palm, which again more rooted with political objectives, is being felt.

There is room for the government to further improve technology development and transfer mechanisms by providing adequate human and financial resources to the relevant institutions.

Having a system in place that evaluates the relevant institutions contribution to the development of the industry is also a need.

It is apparent that the new and replanting extents of plantation crops are not adequate both quantitatively and qualitatively to sustain the industry. Financial constraints faced by the PMCs’ is a key reason for this situation as the government subsidy covers less than 20 per cent of the investment needed.

If this trend continues, the uncultivated land extents would increase leading to negative impacts to the national economy. In the past there were World Bank funding programmes to the sector to facilitate new and replanting programs to sustain the industry. Government intervention for a development loan scheme will be timely and prudent. Simultaneously there should be a mechanism in place to ensure the quality of new and replanting’s so that resulting high productivity levels could withstand any adverse business environments.