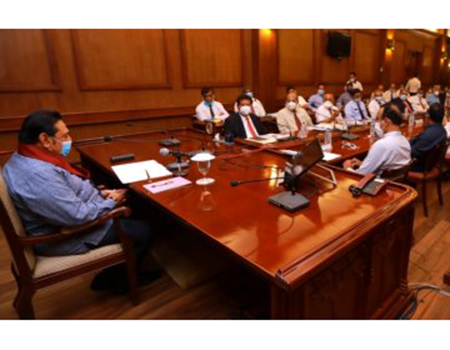 During a meeting held with plantations owners Wednesday (17) under the patronage of Prime Minister Mahinda Rajapaksa Ceylon Workers Congress Secretary Jeevan Thondaman made a request to the estate owners to add a price share supplement, productivity incentive and attendance incentive in addition to the Rs. 700 basic daily wage and increase the daily wage of estate workers up to Rs. 1000.

Former state minister Mahindananda Aluthgamage, who explained the increase in the salaries of estate workers in recent years, told the estate owners that these demands should be addressed.

The estate owners did not reach a final agreement on the demands of the plantation workers at the meeting and the Prime Minister urged the estate owners to take a final decision regarding the matter.

However, a decisive discussion on increasing the daily wage of an estate worker will be held on June 25 under the patronage of the Prime Minister.