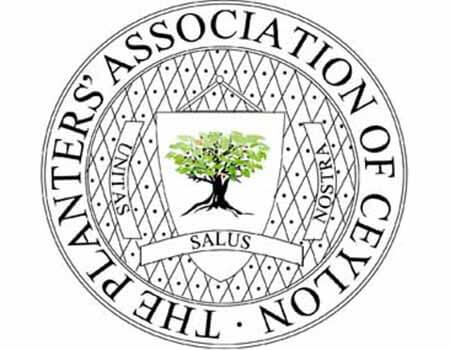 The Planters’ Association of Ceylon issued a statement condemning yet another brutal mob attack that resulted in two more Regional Plantation Company (RPC) employees being hospitalized in critical condition, requesting Prime Minister Mahinda Rajapaksa to intervene and halt the ongoing breakdown of law and order in upcountry tea estates.

“This is now the third instance this year alone where the lives of RPC employees have been placed in serious and immediate danger. We are concerned that an organized campaign of violence and intimidation is being unleashed by thugs who are inciting workers and non-workers in order to sabotage RPC tea production.

“We wonder how such a catastrophic breakdown of law and order is being allowed and why no meaningful action has yet been taken against those who are inciting violence on the estates,” Planters’ Association Secretary General, Lalith Obeyesekere, expressed.

The most recent outbreak of violence which took place on Alton Estate, under the Hayleys Plantations Group, is connected to high level discussions taking place on worker earnings, between Trade Unions and the Employers’ Federation of Ceylon, on behalf of the RPCs and initiated by the Ministry of Labour.

When strike action was declared by Trade Unions in order to force RPC’s to limit daily worker earnings to Rs. 1,000, individuals on Alton Estate while avoiding work, ganged up to block factory operations from being conducted, resulting in a total of 7,000 kilograms of green-leaf plucked before the strike, being declared as wasted and thrown away.

They then forcibly prevented a consignment of tea, ready for dispatch and to be sold at the auction, from being transported out of the factory. The entire consignment, valued at LKR 6 Mn to an international buyer was already paid for. The company, legally obligated to complete the transaction, instituted a police complaint

The statement further declared that trade union sponsored vandalism and arson is becoming systemic, with worker gangs breaking into and damaging manager’s homes, destroying furniture and personal belongings, disconnecting water and electricity supply to factories and physically assaulting the managers, assistant managers and their families, cannot be ignored.

“What the authorities needs to know is that stoppage of movement of produce has far-reaching consequences and will greatly impact the export earnings, at a time when our Country is desperately in need of foreign exchange in-flow”.

“Unfortunately the bigger picture of losing foreign markets and foreign exchange revenue to the Country by blocking the produce to the auctions, will not only cripple the industry but cause an economic dent as well”, Obeyesekere said.

“Ours is in industry which continued to operate throughout the pandemic, while taking every possible measure to ensure that everyone residing on the estates were given food, medicine, and essential supplies, as well as a source of income, all while providing absolutely essential foreign exchange to the nation at a time of deep economic turmoil”.

The brutal attack of 17th February at Alton estate was the latest in a string of riots on RPC estates. Exactly one month prior, a throng incited by CWC Member of Parliament (MP) M. Rameshwaran assaulted Trainee Assistant Superintendent on Park Estate in Kandapola, because their irrational demand for prime replanted tea lands to be converted into worker housing was rejected. It took over 5 hours to remove the assault victim from the premises and he remains hospitalized to-date. Action against those who incited this harm is yet to be taken.

Later in January 2021, in another estate in Bandarawela, a seemingly unconnected and equally merciless assault was perpetrated by a mob following the exact same modus operandi.

“We believe that these violent attacks are not simply a response to particular issues on a given estate; rather an organized campaign to destroy the plantations, its crop and the income derived from it. Whoever takes responsibility, should know that the end result will be a loss to the Country”.