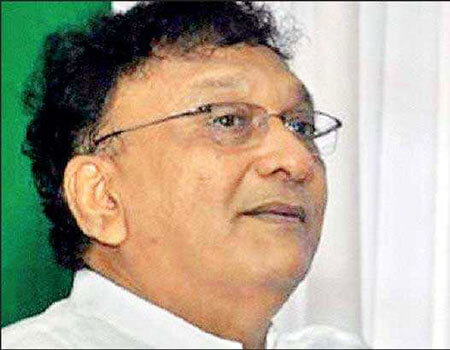 The Planters’ Association of Ceylon (PA) in a statement to media said it was deeply concerned about media pick up which highlighted inaccurate and inflammatory statements,purportedlyby Public Enterprise and Kandyan City DevelopmentMinisterLakshman Kiriella at a meeting of the Gampola Urban Council, in a story titled “Hand over estates to Government if you can’t pay Rs. 1,000”.

As reported in the media, the Minister hadcategorically asked the Plantation Companies to pay the Rs. 1,000 daily wage,or hand over the estates back to the Government. Further he claimed that Plantation Companies have been “making immense profits after getting maximum work from the workers.”

With regard to the Minister’s remark that a Rs. 1,000 daily wage is justifiable, the PA calls on the Minister to elaborate on his comments, particularly in relation to the repeatedly stated and undisputed facts that:

a.) All Regional Plantation Companies pay their employees’ wages through what they earn as revenue. The average sale price of Sri Lankan tea at the auctions has to increase to Rs. 850 from its current Rs 558 per kg to sustain a Rs. 1,000 daily wage.

b.) The Minister is surely aware that currently, Sri Lanka remains the most expensive country in the world, in terms of its Cost of Production (COP) on tea, which has already exceeded the RPCs’ revenue-generating ability. As at November 2018, the COP is Rs. 630 per kg, as compared with an average sales price of Rs. 558 per kg.

c.) 70% of Sri Lanka’s COP in tea is comprised solely on the cost of labour.

With regard to the Minister’s demonstrably false remark that RPCs are making maximum profits from maximum labour from its employees, and trying to cheat the workers by showing wrong and inflated accounts, the PA urges the Minister to take into account:

a.) The fact that audited and published financial statements of the 21 RPCsexist, showing signsof financial stress as a result of current market and labour dynamics

b.) The fact that almost all RPCs are Public Listed Companies, whose financial disclosures are regulated by the Securities and Exchange Commission of Sri Lanka, and as such, cannot be published with false disclosures under penalty of law. The annual reports of these very companies are available for public consumption.

c.) The extremely low labour productivity in the Sri Lankan estate sector, relative to regional competitors. The current plucking average in Sri Lanka stood at 18 kilos, while Sri Lanka’s largest competitors, Kenya, stood at 60 kgs, South India at 50 kgs, and Assam with 36 kgs, where the norms in those nations had been set at 40 kgs, 34 kgs and 24 kgs respectively.

With regard to the Minister’s illogical, legally untenable, and financially unviable ‘challenge’ that RPCs hand over estates back to State management, the PA states the following:

a.) We wish to remind the Minister that under State management of the plantation sector,which proved to be disastrous for the entire plantation industry, led to a debt burden at the time of Rs. 400 million per month, amounting to almost Rs. 12 billion per annum when adjusted for inflation to the present day.

b.) All enhancements to the brand image of Ceylon Tea – from improvements in labour conditions to environmental protection and quality protection standards – have been established and certified by RPCs.

c.) The complete inadequacy of State management has been comprehensively proved time and again – not only in the plantation sector, but in the performance of many other loss-making State-owned enterprises to this day, as a result of disastrous political interventions

d.) The 36 State-managed estatesremain a horrendous burden on taxpayers to this day, being in arrears of close to Rs. 3 billion on their statutory dues of EPF, ETF and gratuity, and still the Government has to subsidise them to the tune of Rs. 1.5 billion a year.

e.) The RPCs invested a cumulative Rs. 70 billion between 1992 and 2016, while contributing Rs. 6.69 billion in lease rental, and a further Rs. 1.72 billion from income tax, coupled with dividends to Sri Lankan shareholders totalling Rs. 8.17 billion, despite continuous increasing of labour wages and the emergence of competitors operating on larger economies of scale to produce volumes of tea which Sri Lanka cannot match, at drastically lower costs of production. Yet the Minister presumably has no plan of action for compensation of these companies on said investments.

In context of the above, the PA strongly urges all stakeholders, including members of the Executive who do not possess direct authority to form policy in the plantation sector, to refrain from making reckless, politically opportunistic, and highly irrational statements with regard to the plantation sector at this crucial juncture.