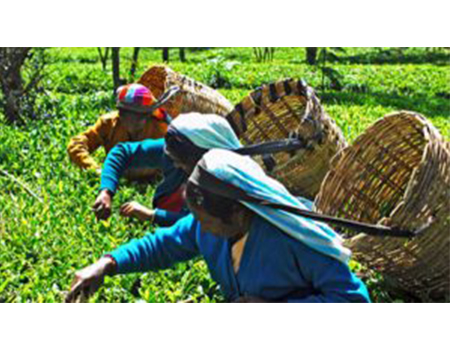 The Government should not penalise well-performing Regional Plantation Companies (RPCs) even if they fail to comply with the Government’s daily wage requirement for plantation sector workers from January onwards, Planters’ Association of Ceylon said.

The Budget 2021 proposed to increase the daily wage of plantation workers to Rs. 1,000. Furthermore, a legal framework that will change the management agreements of plantation companies that are unable to pay this salary has also been proposed to be submitted to Parliament in January, so as to provide opportunities for companies with successful business plans.

“If companies are mismanaging, the Government should take necessary action but that does not mean the Government can penalise the companies that are doing well,” Planters’ Association Chairman Bhathiya Bulumulla told The Sunday Morning Business when asked for his response to the Budget proposal.

With regard to providing business plans for companies that are unable to comply with the wage requirement, Bulumulla stated that RPCs are publicly listed companies and anyone could buy shares and acquire them.

Speaking on a further note, he added that the Planters’ Association never disagreed to provide Rs. 1,000 as a daily wage for plantation sector workers, and that it only wanted to implement a productivity-based wage model.

“This issue has to be looked at from an economic perspective, not a political perspective. We also have to survive. This wage model should be based on productivity where people work more and earn more like any other foreign country. We will be taking up this issue with the Government because it is detrimental to us,” Bulumulla added.

The Budget further stated that small-scale tea plantations have increased their total tea production while the contribution of large-scale estates has fallen to about 25% and diversification has not materialised in many of those estates.

“Only a few companies have developed high-value brands of their own and with only a few companies developing into a true export industry. Non-cultivated lands can also be seen in many estates under these companies. The Government also provides basic facilities such as hospitals, schools, houses, roads, electricity, and water that enables the ongoing operations of these companies. Among these are companies that have not paid their taxes,” the Budget proposal went on.

Commenting on the drop in large-scale estates, Bulumulla admitted that fall in their contribution and added that this was due to large-scale estates diversifying their crops as tea was not yielding desired results. Backing up his reason, he noted that RPCs are mostly located in the upcountry where yields are typically lower as opposed to private companies that yield higher in the low country.

In 1995, the Government divested the shares of the RPCs to private sector management companies, while 19% of the shares were retained by the general public and estate employees. The RPCs were given lease agreements for 53 years for estates under their management.

In early 2019, RPCs were embroiled in a wage crisis as the plantation sector workers requested their daily wages be increased to Rs. 1,000; the RPCs did not agree. It appeared at the time that the Government was leaning towards the demands of the workers due to the politically sensitive nature of the issue and also the demands of its coalition partners who represented the estate sector.

After weeks of negotiations, plantation sector workers’ unions reached an agreement with RPCs to increase their basic daily wage from Rs. 500 to Rs. 700, with several incentives including an additional Rs. 50 under the price share supplement (PSS).