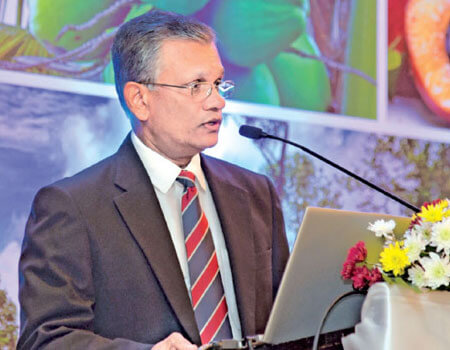 Chairman Planters Association of Ceylon, S S Poholiyadde called on the government and relevant stakeholders to create a US dollar denominated auction system. He said such a system would help all stakeholders with the cost of funds.

Poholiyadde said “All stakeholders should get together and reach a consensus. With a dollar auction, we can have access to cheaper funding which would benefit all stakeholders. The offer for sale documentation for privatization sets out clearly the governance for the plantation. There have been instances wherein the spirit of privatization has not been maintained. This has restricted the rights of investors.”

“Urbanisation and industrialization take place in the low country rubber laying areas. Some of these areas of high productivity have been acquired haphazardly. Some of the plantations have been taken over wherein the tapping has not even commenced. Shareholders have spent enormous amounts. There should be a land policy for all crops. Land should not be acquired once developed.”

He said “When we negotiated our wages in 2016 we got a breakthrough and we managed to achieve a productivity base in 2016. Unfortunately, in 2019 with the aggressive demands of the unions, we are compelled to do away with the productivity part but ended up giving a 40 percent increase in the basic wage. This has impacted our industry as our wage bill is 60-70 percent of the costs of the plantation.”

“If this trend continues the industry will be unsustainable. We need to move into a new wage model altogether. It might be a productivity base or profitability base to sustain the industry in the long run.”

He said “I propose that in future when negotiations are made that the government take part.

This is because we are compelled to make certain increases beyond our capacity which prevails on a price that prevails at the time. During the last wage negotiation, where at the time of negotiation the price was Rs 600 or Rs 650, it has now reduced to Rs 450 but we are compelled to be with that wage that was negotiated. The government with the tea board should consider a minimum price at auctions.”

“We appreciate the Tea Board taking drastic action against adulteration which is causing damage to the image of Ceylon Tea. The country is also suffering due to the sanctions placed on countries importing Ceylon Tea. Russia which is a major importer of Ceylon Tea has increased its purchases from India. It is important that we support Ceylon Tea in other destinations. This has already begun by the tea board,” he added.