Plantations ring in New Year with ray of hope 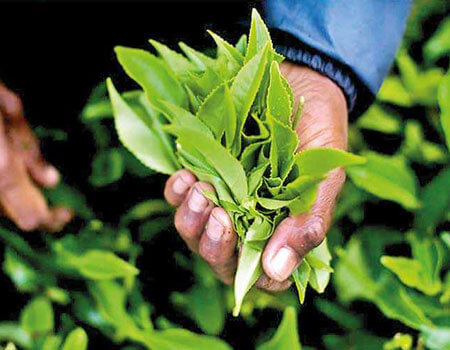 The dawn of the New Year brings hopes of an end to the protracted wage stand-off in the plantation sector, with estate trade unions indicating that they are willing to consider alternative options put forward by the Regional Planation Companies (RPCs) to achieve their demand of Rs. 1000 a day.

“Despite refusing to move away from the Rs. 1000 basic wage, trade unions have shown their willingness for some flexibility to consider the three offers made by plantation companies. We believe this is a very positive reaction from them after four months of discussions,” a top official of the Employer’s Federation of Ceylon told Daily FT on condition of anonymity.

The EFC and the three main plantation trade unions; Ceylon Workers Congress (CWC), Lanka Jathika Estate Workers’ Union (LJEWU) and the Joint Plantation Trade Union Centre (JPTUC) had met once to discuss on the Collective Agreement, which has been dragging on for four months.

Members of the CWC who represents the majority of estate workers continued their strike for a month, demanding a 100% hike in basic wage to Rs. 1000 per day, whereas the industry has offered a 20% increase to Rs. 600 per day.

He said the EFC has conveyed to the union workers impossibility of RPCs meeting the Rs. 1000 basic wage requirement as it was not economically practical.

“We have categorically mentioned during discussions that it was not feasible for the plantation companies to commit to a Rs. 1000 basic wage. Some of the proposals by the PA had been considered beyond their capacity to maintain themselves. It is a huge commitment by the RPCs to keep faith in their workers’ productivity and contribution. They have taken a great risk because once they sign the agreement all RPCs are bound by the law to adhere,” he pointed out.

The PA insisted that with attendance and productivity incentives and price share supplement, the daily wage will be Rs. 940 per day, and if 22 kilos are plucked per day, the workers stand to get Rs. 1055 per day which is higher than unions demand. Even at the lower pay level of Rs. 940 per day, the annual wage bill for the industry will be a staggering Rs. 27 billion, apart from Rs. 16 billion in gratuity.

“Concluding the Collective Agreement negotiations is on the top of the priority list of EFC for this year. We hope to meet and discuss with the three main trade unions and arrive at a common understanding on this matter which has cost everybody in the industry,” the EFC official added.

The industry pointed out that strike action comes at a time when the industry is tipped to miss the $ 1.6 billion export target for 2018, and production is likely to be 40 million kilos less.

“We are fast losing our world market share as a result of the continued strike. We will end up missing the usual export target of $1.5 billion, and fall below 300 million kilograms to about 280 million kilograms this year. Whatever negotiation or correction we will make now, it will still impact all our future endeavours negatively,” stakeholders of the industry said.

Reassuming duties as Plantation Industries Minister Navin Dissanayake also pledged to reach an equitable solution to the ongoing worker strike, which is causing a massive economic cost and damage to the Ceylon Tea brand internationally.

“I hope to get involved directly to find an equitable solution to the ongoing worker strike. I am planning to discuss with MPs Thondaman and Thigambaran as well as the EFC to put an end to this dragging issue,” the Minister stated.

The Collective Agreement discussions dragged for over four months with no breakthrough and the worker strike has been ongoing for almost a month with industry’s loss topping over Rs. 2 billion.