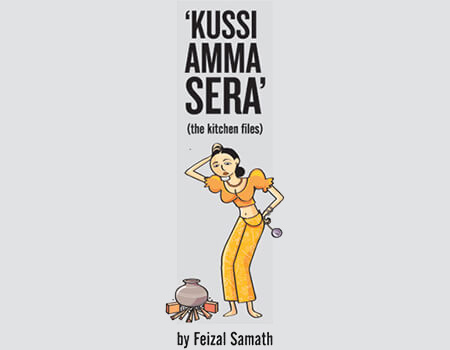 Sri Lanka’s plantations are on fire once again, though the opposing parties to the ‘conflict’ seem to have reached, rather reluctantly, an agreement over wages.

This was also the discourse that the trio was having on Thursday morning. “Ape wathukaraye thiyena prashne mokakda (What is this problem in the plantations?)” asked Kussi Amma Sera, sipping a mug of tea under the margosa tree. “Eh padi gena ne (Well it’s about wages),” noted Serapina.

“Wathu company walata wediya, podi wathu aithi kramaya hondata weda karanawa (The tea smallholders’ concept is working better than the plantation companies),” continued Mabel Rasthiyadu while the other two looked on in amazement at her in-depth knowledge of the subject.

The conversation became distant as I moved from the office room window to answer a call. It was Pedris Appo, short for Appuhamy – a retired agriculture expert who does farming. Pedris Appo is also familiar with tea smallholders who produce mostly low-grown teas.

“Hello … have you been following the dispute between plantation companies and trade unions over a wage hike?” he asked. “Well…to some extent, yes but I would like to hear your views on this,” I said after greeting him warmly.

“The colonial model of running estates is no more viable. I agree with plantation companies that increasing the wages, with costs rising and tea prices falling is unsustainable,” he said. “So what is the solution? Or is there one?” I asked

RPCs have been losing money in recent times and the new wage structure would add another financial blow to their bottom line. Cost of production is seen at Rs. 800 per kg, while the tea auction price was Rs. 500 per kg in December 2020, which makes tea a losing proposition.

While the RPCs and trade unions were unable to reach an agreement over wages, the matter was put to the Wages Board which met on Monday and agreed to a wage of Rs. 900 per day plus another Rs. 100 which was for a different component. The RPCs had to agree after government representatives, the majority on the board, voted in favour of the changes.

Earlier, the RPCs had reached agreement with the Labour Minister to pay workers Rs. 725 including a Price Share Supplement of Rs. 50 and another Rs. 225 as Attendance Incentive and Productivity Incentive totalling Rs. 1,000 which is also based on the Collective Agreement that has been in force. But the workers, via their trade union representatives, were demanding a minimum wage of Rs. 1,000 in addition to other add-ons.

As the dispute grows, the traditional tea estate model where workers live on the estates in housing provided by the companies in addition to other benefits like medical and pre-school benefits, is at breaking point and unlikely to last.

Ironically, while the workers are demanding their pound of flesh, many are also working outside in tea fields owned by tea smallholders. They leave in the morning, work in tea smallholder plots and return to their homes in the plantation areas.

To get a ‘feel’ of the tea industry from a tea smallholder’s perspective, I spoke to Kehel Gunaratne, President of the Federation of Tea Smallholder Associations. His information was interesting.

“From where do you get workers to work on your fields?” I asked. “Well, they are workers from nearby estates owned by plantation companies,” he said.

“But how are they working on your fields when they should be working in the estates run by plantation companies which provide them housing and other benefits?” I asked again. “Well, they work half the week here and half the week on the RPC estates,” he said.

Tea smallholder lots are mostly low-grown plantations which represent 60 per cent to 70 per cent of the total production of tea in Sri Lanka with the balance coming from RPCs (high and mid-grown).

According to Mr. Gunaratne, workers from nearby RPC estates work on their smallholder plots for two to three times a week, often going to different fields on different days. “They are paid Rs. 30 per kg and generally pluck 30 kg to 40 kg per day, working in different plots. Thus, they make over Rs. 1,000 a day which is more than what they earn from plantation companies,” he said, adding that they may have to increase the per kg payment now that RPCs are compelled to pay more. The attraction to work on smallholder fields is because they make more money than working on RPC fields.

But the irony is that they work a few days on the estates to ensure they receive all the benefits like free housing, medical and other subsidies. RPCs are well aware of this fact where hundreds of workers leave the plantations every morning and return in the evening, but there is little that they can do due to a shortage of labour. To the RPCs, the workers by enjoying the benefits of plantation life but working elsewhere, is a case of ‘keeping the cake and eating it too’.

Today the situation in the plantations is a grim picture of companies struggling to survive amidst huge losses, while the government is on the side of the workers and threatening the companies to exit if they cannot pay ‘fair’ wages. The government seems to be following the proverbial “ostrich policy” tending to ignore obvious matters and the reality and pretending they don’t exist.

It was time for my second mug of tea and I shouted in the direction of the kitchen: “Where is my tea?”

In rushed Kussi Amma Sera, with the tea, saying: “Samawenna, mama loku kathawaka hitiye (Sorry, I got caught up in the conversation).” I smiled and nodded, and as I took the first sip reflected on the never-ending crisis in the tea plantations.