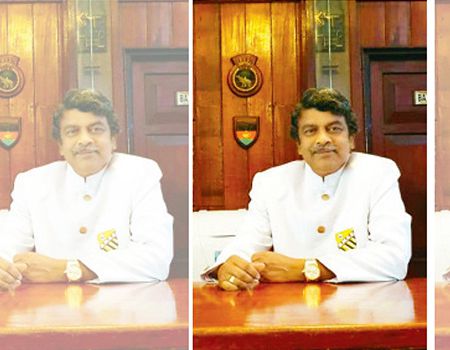 Dickoya Maskeliya Cricket Club (DMCC) hopes to host the Inter-Plantations Rugby Sevens 2021 on 7 August. The event will be at the Darrawella ground overlooking the lush green of the golden valley of tea and played for the CIC-Yara Trophy.

The 2020 event was disrupted by COVID-19, according to Manjula Samarakone, the live wire of plantation rugby. The 2021 Sevens will be the 21st.

In 2019 13 companies fielded 16 teams for the Bowl, Plate and Cup. Tallawakelle Plantations won the Cup beating Elkaduwa Plantation, who was playing for the first time. Malwatte Valley won the Plate, while Hapugastenne won the Bowl.

Manjula Samarakone, a former President of DMCC, is the man behind attempts to revive rugby in Darrawella and will be the Tournament Director. The promoters will be the DMCC. The organising committee will include the President – Lalindra Abeyawardena, Secretary - Mihiraj Samaraweera, Rugby Convenor - Nalinda de Alwis, Treasurer – K.G. Samaratunga, who will provide the logistics and support to make the Plantation Sevens a success.The organisers, DMCC, has planned for a carnival atmosphere with lots of entertainment for the planting fraternity, their friends, and former planters, who flock annually to taste the hospitality of the estate raj.

The uncertainty caused by the 3rd wave of COVID is not a deterrent, and they are making preparations for the annual inter plantations sevens. The objective is to get the logistics and other protocols required to place the much-touted event among plantation personnel. It is not a wait and see attitude they are taking, but being ready, as they believe by August more will happen.

Leaders with an inherent commitment to influence people, processes and outcomes make any event a success. Samarakone and his team have shown that over the years, and will augur well to host rugby among the lush green tea plantations showing a light at the end of the tunnel.

Samarakone said that they hope to have sixteen teams. Like in 2019, they are confident of thirteen companies taking part but will have 16 teams playing, as some companies want to field two teams.

They planned for a gala twenty-first event, but forced to limit it to the main tournament, an invitation to women’s sevens and a select legends game between Kandy and Colombo.

The plantations boast of many former schools’ rugby players, and the quality of matches has always been high and games well contested. Sevens Rugby will be entertaining while sipping the favourite tea and/or other beverages.

DMCC has many plans for the club to promote rugby with the support of plantation companies, but put it on hold due to COVID. They had intentions to get rugby rolling in the much-patronised DMCC, for which there was support from the estate companies who have recruited many recent school rugby players.

Samarakone said that they hoped to have the facilitation of Sri Lanka and Central Province Rugby and, in consultation with the Ministry of Education, run a workshop to introduce rugby to schools in the area through the physical training instructors and the support of past rugby players

Getting into rugby is essential. With the infrastructure and the personnel, Dickoya and surrounding plantation areas will be fertile ground to spread rugby, and the club hopes to field a team in the club sevens in the future. To this end, we hope to have sevens and mini rugby carnivals.

There is potential for promoting and hosting a tournament together with a push for a holiday with rugby.

There is rugby in these parts, and the history of the game tells a story. There are rugby players who can develop the game in and around the plantations. Maybe this could lead to another ‘B’ Division team in the hills.

The Dickoya Maskeliya Cricket Club was formed by British tea planters and founded in 1868. The clubhouse and grounds are situated at the foothills of Darrawella Estate and is often called the Darrawella Club.

The club played the first Rugby match in March 1880 against fellow Up-Country club, Dimbula Athletic and Cricket Club. The annual rugby match between Dimbulla and Dickoya was one of the oldest rugby competitions in Sri Lanka. It has had a natural death after the clubs became less active post nationalisation of the plantations. What is encouraging is the emergence of State-owned Elkaduwa Plantations who were new entrants in 2019 but ended as runners-up of the CUP.

The club has played in the Clifford Cup final. A combined Dimbula and Dickoya rugby team, commonly known as the Dim/Dicks, captained by Malcolm Wright, played in 1956 and 57, losing to CR in the final.

In 1958 Dickoya, led by Barry Cameron, successfully made the final of the Clifford Cup for the first time, losing to Ceylonese Rugby Football Club. In 1961, under the leadership of MGK Macpherson repeated the feat, competing in the final against Havelock, to whom they eventually lost.

N. Gunawardena (Gune), the DMCC club’s barman for close to fifty years, recalled glory days of rugby at the club. He said the planters were the live wire of rugby of the club and had many others from around Darrawella playing and frequenting. The fall of rugby was after the nationalisation of estates, but with many plantation companies, the game is picking up, and Plantation Sevens is a much sought-after event.

The Estate staff attended and cheered their bosses and was passionate about the game. He said they were so emotional- it was not easy to run on the wing and score a try against DMCC. If a tackle did not bring the runner down along the lines, there were incidents of spectators using the umbrella to trap a player and bring him down. Gune talked about the much-contested match between rivals Dickoya and Dimbulla. Estate staff who were much passionate used to hire buses to travel to Dimbulla and vice versa. Gune said that there was much interest in rugby, and you could promote the game among the estate staff.