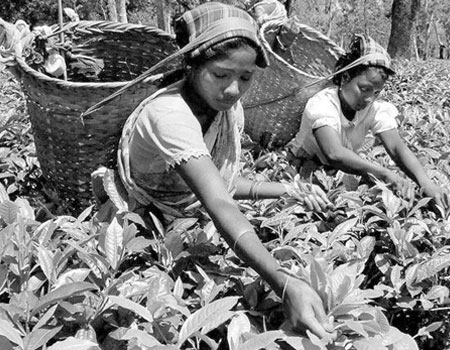 The daily wage of estate workers had been increased from Rs. 500 to 750 through the existing collective agreement and the government had decided to add another Rs. 50 thereto and they would be paid Rs. 800 each a day from May 01, Minister of Plantation Industries Navin Dissanayake said, yesterday.

Addressing the media at the parliament complex, Dissanayake said: "I had to perform a balancing act as there are always two sides to an issue. This model has been around from 1989-1990. According to the collective agreement the estate owners and unions should meet twice a year and discuss the issues. Prior to our government coming to office, these discussions went on for around 18 months after the deadline. But, they later reached an agreement. However, MP Digambaram’s and MP Radhakrishnan’s unions were not included. The reason is that although their unions are now a strong force, at the time they were not. Hence, this collective agreement needs to be revised as it is around 20 years old and there are other strong unions now," he said.

Minister Dissanayake said that the increment was a 40% increase and the government is only a mediator in talks between unions and employers. "MPs Digambaram, Radhakrishnan and Thilakaraj had held three rounds of talks with the President and two rounds of talks with me and notified us of the grievances faced by the estate workers. Therefore, as a result we took measures to add another Rs. 50 to their daily wage and make it Rs. 800. We intend to get the funds for this from the Treasury. The funds will initially be paid through the Tea Board funds which would be reimbursed later.

Dissnayake said that 15 years back there had been 240,000 estate workers but today the number had decreased to 140,000. "Ten years from now it might drop to 50,000. We see a trend where tea production and workers are on the decline. This is an issue that needs to be looked into. The children of estate workers do not want to engage in this industry due to the low wages. Hence measures should be taken to bring about some dignity and worth to their services. The current system is an entrenched model and it is hard to change it. However, we need to introduce new laws and regulations and make changes in order to make the estate sector more profitable and productive."

Dissanayake said a Cabinet paper on the wage increment would be presented next week.

The media briefing was also attended by MPs Digambaram, Radhakrishnan and Thilakaraj.