People in India drink more tea as they age, says a health app 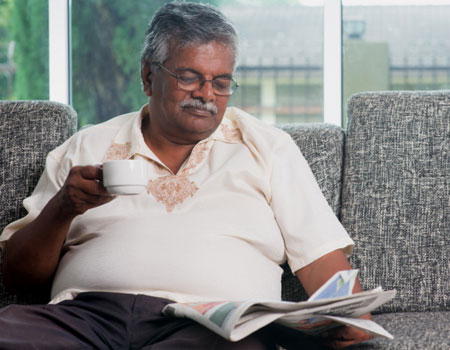 India has a strong tea culture and it pretty much flows with the rhythm of life. According to official data, we consume close to 837,000 tonnes of tea every year.

No wonder then that we all know people who cannot get going without their cup of tea - probably you are among them too. Be it the humble tea bag or boiling the tea leaves long enough to extract their flavor, hardened tea lovers like their tea in a specific manner - kadak, doodhwali, masala chai and so many more varieties.

A health and fitness app HealthifyMe has released some interesting chai drinking patterns in India, after studying almost 12 million logs of 1.5 million customers.

One of the interesting patterns they have shared is that of people drinking more tea with age. “Those between the age group of 41 to 50 drink 20 per cent more cups of tea per day per person, while those above the age of 50 drink as much as 45 per cent more.”

Another interesting finding is that men drink more cups of tea every day in comparison to women. However, women have tea on more days than men!

Furthermore, the data suggests that people in Delhi are said to drink more cups of tea than those in other Tier 1 cities. Ahmedabad comes close second with people drinking tea on 60 per cent more days than the rest of India.

The study goes on to reveal that for Indians, tea is an essential part of their evening snack on 65 per cent more days than breakfast. It comes as no surprise really that North Indians have more cups of tea on average.

Safe to say, for us a quality brew is a timeless pleasure!