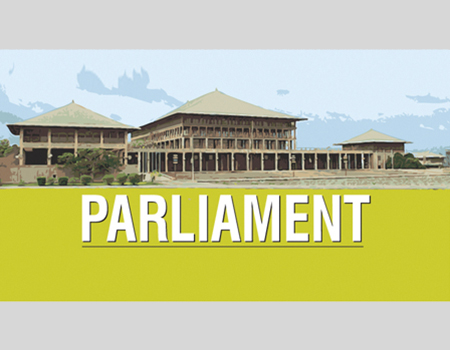 The samples of the LPG domestic gas cylinders have been sent to the Ceylon Petroleum Corporation (CPC) to test for composition of the domestic gas after the accidents caused by the leakages in cylinders, said Cooperative Services, Marketing Development and Consumer Protection State Minister Lasantha Alagiyawanna in Saturday (27) morning.

The State Minister also said that the report was due at 5 pm on Saturday. He added that all the relevant state institutions were summoned at 5 pm on Saturday to discuss the reports and take necessary action. He also promised that he will present a detailed report in the House on Monday.

The State Minister, making a statement in Parliament, agreed that several such accidents have happened. He added, according to the scientists, there is not a single country where LPG accidents were brought to zero although the Opposition attempted to create a different image.

The State Minister assured that the Government, the Ministry and the Consumer Affairs Authority (CAA) have taken measures to prevent such accidents.

State Minister Aligiyawanna was responding to a statement by Opposition Leader Sajith Premadasa and several MPs on such accidents.

He told Parliament that samples of the Litro and Laugfs gas companies were sent to the CPC to check for the composition of them after several explosions were reported in different parts of the country.

The State Minister appreciated that many including those from overseas have shared knowledge and made proposals to prevent such accidents.

State Minister Alagiyawanna said that when Litro Gas introduced 18 litre cylinders to the market four months ago, the CAA within 24 hours, informed it that it was illegal. The Litro then informed the ratio of propane and butane was of 70:30 in the cylinders at that stage and by changing it to 50: 50 in 18 litre cylinders, the heat capacity could be increased.

“All governments are responsible that no lab had been set up in the country under any government to investigate the quality of the domestic LPG gas,” State Minister Alagiyawanna said. “However, for the first time in the history of Sri Lanka, by now we have set up those facilities under this Government,” the State Minister said.

He said that he then (four months ago when the 18 litre cylinders were released to market) directed the Moratuwa University and the CPC to study the matter, which they said had not been proved and genuinely there was only 9.5 kg.

The State Minister added that the Ministry and the CAA sued both gas providing companies and they are being heard before Courts in Maligakanda and Colombo. “Therefore, all the 18 litre cylinders are not in the market and the ratio of propane and butane is 70:30. However, according to the service providers, technically there could be very little change in the ratios.

Plantation Minister Dr. Ramesh Pathirana said that no one needs to worry about the future of Sri Lanka’s Tea Industry.

The Minister was speaking in Parliament during the Committee Stage Debate on the 2022 Budget. “Tea exports have been profitable and have generated foreign exchange over the years,” the Minister said.

Minister Pathirana said that Sri Lankan tea is the most expensive with a kilogram sold at USD 3, while a kilogram of tea from Kenya is USD 1.5 and India’s USD 2.

The Minister assured that there is stability in the Tea Industry while claiming that however, the demand does not expand beyond a certain limit and the Sri Lankan Tea Production will be increased gradually.

Samagi Jana Balawegaya (SJB) Parliamentarian Hector Appuhamy said that the economy to be strengthened that collapsed with the COVID pandemic, a proper programme should be formulated to utilise the country’s land reserves.

MP Weerasumana Weerasinghe, who participated in the debate said that the reason for the decline in tea cultivation in the country is that the growers have not received the subsidies for replanting.

MP Weerasinghe, however, requested the Government to reconsider this matter.

Land Minister S.M. Chandrasena said in Parliament on Saturday that a separate Police Unit has been set up to take lands back that were illegally occupied by various individuals throughout the country.

The Minister also said that it was reported that thousands of acres of State lands throughout the country have been illegally acquired by certain individuals. Minister Chandrasena was speaking in the Committee Stage Debate on Expenditure Heads of several Ministries including the Lands Ministry.